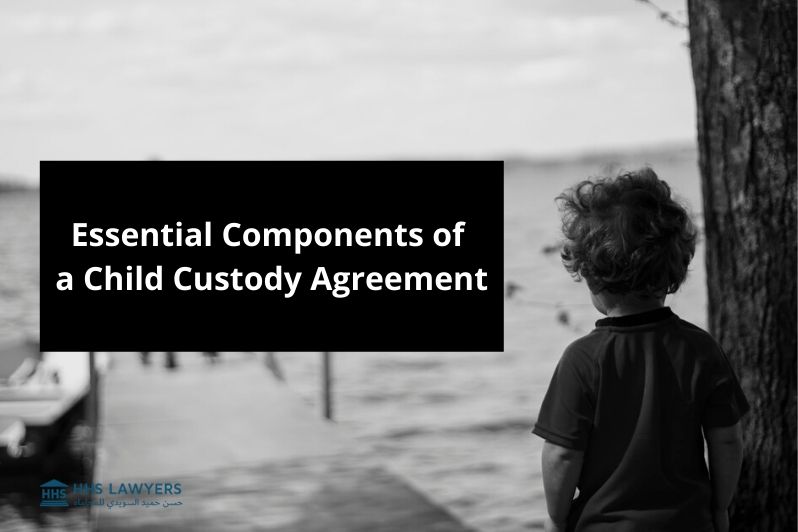 Child custody can be the toughest aspect of separation. To make sure the best interests of children are addressed and that your rights as a parent are upheld, you need to know as much as possible about custody arrangements. You can start by learning about legal terms if you’re negotiating a visitation agreement with a lawyer’s assistance.  A family lawyer can draft help to ensure that you don’t accidentally omit any essential information for a judge to review and approve.

There is a lot of flexibility in what can be included in a child custody agreement, but there are some important details that must be included in the contract, which are as follows:

Provisions regarding legal custody of the children

A visitation schedule outlines when a child spends time with both parents. The agreement outlines the visitation rights of either parent where the child is every day of the year–including holidays. A complete schedule will have the following:

Responsibility for decisions Regarding Children’s care and Upbringing

A child’s upbringing involves a series of decisions, some more significant than others. A child custody agreement should address whether and to what extent the non-custodial parent will be involved in making major decisions for your children. It would describe each parent’s role in decisions regarding education, religion and healthcare. Also consider how to address disciplinary rules and consistently applied by both parents.

You need to consider issues of insurance, medical care, childcare and education. For example, which of the parent’s health insurance will carry the children? If one parent wants the child to attend private school, who will be responsible for paying the cost of tuition? You should also consider which parent is entitled to claim the child as a dependent for tax purposes.

Duration of an agreement:

Some child custody agreements contain the duration of the custodial rights to take into account the changing circumstances of the parents and the children. This is also a useful way to monitor the effectiveness of the agreement.

We live in a mobile society, and it’s not uncommon for people to move across town or across the country for personal and professional reasons. Custody agrees should also contain provisions in the event of relocation.

How Parents communicate with one another

Considering the provision regarding co-parent communications regarding custody details, and in emergency situations. For example, how do you contact your former spouse if you want to change the weekly scheduled visitation? How much notice is required to request changes? How do you communicate with your spouse if there’s an emergency? How to one parent notify the other parent in the event of an emergency?

How will disputes be resolved or what happens if a parent wants to change the custody agreement?

If you would like to formalize your agreement and make sure it contains the necessary provisions to be valid, you can contact HHS lawyers who can assist in the drafting of the custody agreement.