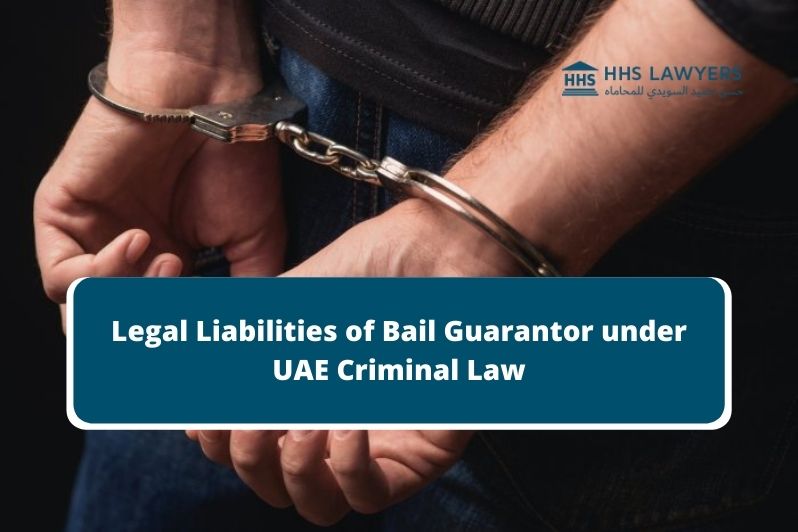 Nobody desires to be on the wrong side of the law. However, in the event, you are arrested Article 111 of the UAE Criminal Procedures Law allows bail to be granted for lesser infractions such as overstay or bounced cheques. Granting bail is at the discretion of the public prosecution and the stipulated conditions of the Bail must be followed at all times. Breaking these conditions can have bail revoked.

The UAE has two types of conditional bail granted by the Courts, Police or the Public Prosecution. We will now briefly look at them.

A financial guarantee refers to the payment of an agreed amount to allow for temporary release under Article 122 of the Criminal Law. If any bail conditions are broken the accused forfeits this money. The surrendering of one’s passport with the payment can be a requirement in some cases. This decision to keep the passport rests with the presiding Prosecutor or Judge.

The Bail Guarantor is solely responsible for guaranteeing the accused’s compliance with the bail terms upon release. This is a huge responsibility.

The Bail Guarantor and Liability

Here are some of the Legal Liabilities the Bail Guarantor needs to be aware of:

When is the Bail Guarantor Released from Their Obligation?

The Bail Guarantor is no longer liable for the accused once the case closes or the case is dismissed. The financial guarantees deposited for extra security by the Bail guarantor are returned at this time.

All cases need to be handled with due diligence and we here are HHS Lawyers can provide just that. Our highly qualified team can walk you through the entire process. With years of experience, we take on the task of making sure all the formalities are addressed and carried out correctly so you don’t have. All you effectively need to do in this instance is to make sure you attend all the court dates.

Feel free to call to make a booking with us today for the initial consultation.