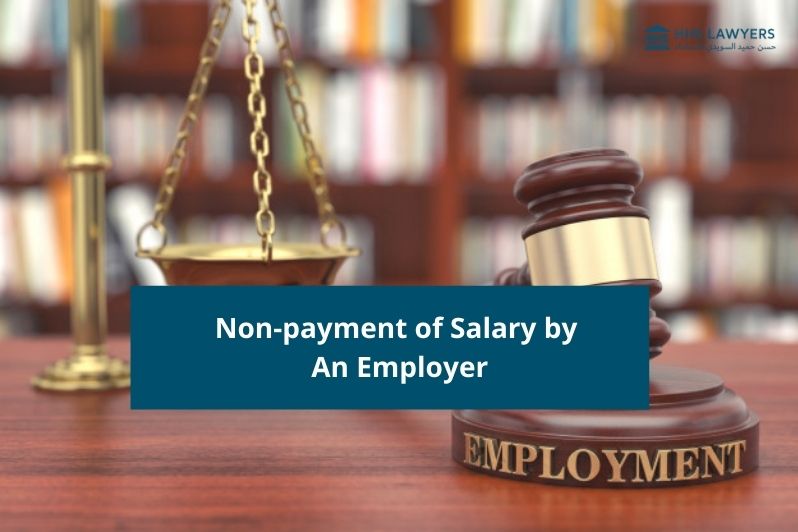 As per the new law, UAE companies must pay wages within a period of 10 days from the registered payday disclosed on the wages protection system (WPS). If a company defaults payment of salaries, the ministry will stop granting it any additional work permits starting from the 16th day of delay.

The decree is targeted to contribute towards labor market stability as it can safeguard the interest of employees and employers a like.

Employees shall be remunerated once a month. In case if an employer is not willing to pay the salary within the required period this it can be considered as a refusal of the employer to pay salary to his employees.

Termination of the employment contract without notice

Consequences for delay of payment of salary by the employer

Late or unpaid salaries are penalized under the stipulations of UAE labor law. An employer is considered as being ‘late’ to pay wages if the salary is paid within 10 days from the due date.

Serious penalties are imposed on companies that fail to pay salaries and have not paid dues within a 10-day period, and they are as follows:

In case of a company employs over 100 workers delays wages over 60 days, a fine of AED 5,000 per worker whose wage is delayed will be levied, and a maximum penalty of AED 50000 to be imposed in case of multiple workers.

If a company employs less than 100 workers fails to pay the salary within 60 days from the due date, penalties will include:

If the company commits such violations more than once in one year, MOHRE will apply penalties stated for companies that employ more than 100 workers.

Penalties for violating laws regarding the wage protection system

According to UAE labor law, these fines apply for actions involving fraudulent use of the WPS:

If any employee has faced an issue on salary payment, he/she has full recourse to law.
However, before taking any legal actions, try to understand the reasons behind the non-payment of salary first and look for ways to resolve the issue amicably. In cases where non-payment of wages occurs if the employer company is in some kind of financial difficulty, then the company may have to terminate the employment of all, or at least some, of its staff. In such a case, the company should keep its employees fully informed of developments.

There can be serious reasons for non-payment of remuneration to employees, in full and on time. If you are in this unpleasant situation, you are fully entitled to address your inquiry to a labor lawyer in UAE to ensure all your dues are rightly paid to you.

What is the minimum basic salary in UAE?

As per UAE law, the minimum salary must cover, basic needs of an employee. The Labor law mentions that the minimum wage and cost of living index is determined either in general, for a particular area or a particular profession by virtue of a decree and consent of the Cabinet.

Do you still get paid if you quit without notice in the UAE?

As per the UAE government, an employee can terminate an employment contract without a notice period if one of the following situations has occurred:

What happens to the employer if found guilty of payment delay or refusal to pay?

In case an employer has problems with non-payment of salary, they will be given the following sanctions and fines as per UAE legislation.

Home » Blog » Labor Law » Non-payment of Salary by an Employer