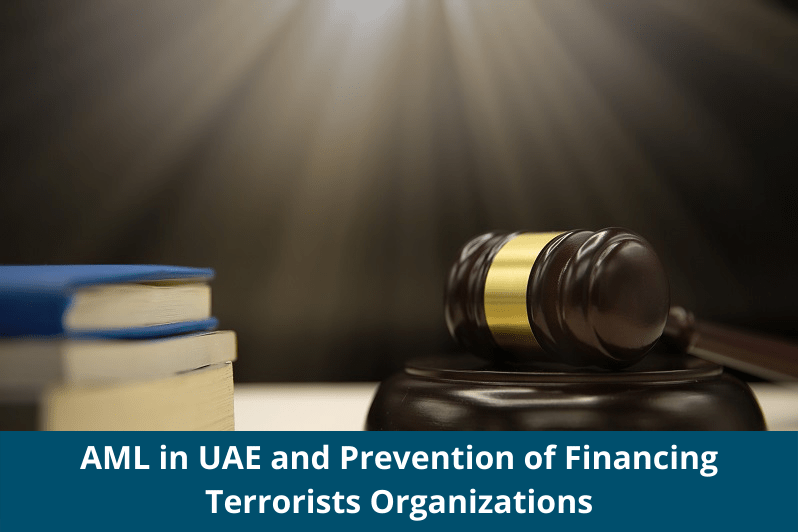 The fundamental purpose behind the introduction of Laws concerning the prevention of money laundering is to harmonize with the regulations and/or Enactments initiated by the United Nations especially focusing on directives issued by the United Nations Security Council to its member states under Chapter 7 of United Nations Convention for the suppression of Financing of Terrorism and Proliferation of Weapons of Mass Destruction.

The ensuing paragraphs of the article would focus on how the Latest Decree No 26 of 2021 impacted Federal Decree No. 20 of 2018 and in what ways it has been able to achieve its intended purposes.

Why the Latest Amending Law was Decreed?

UAE is committed to identifying itself as the Global Centre for international Business has a greater need to make sure that, its goals are not tainted with allegations of supporting individuals and entities for Money Laundering activities.

Accordingly, it can be well observed that, the UAE is more committed than ever before to improving the government operations in a comprehensive and institutional manner so that, an effective countering of risks associated with Money Laundering and terrorism financing would be possible.

Moreover, the UAE Central Bank had even endeavoured to issue guidelines for financial institutions, concerning anti-money laundering and combatting the financing of terrorism, with a view of harmonizing with the laws decreed by the Federal Government.

In view of the 2021 Amendments, licensed financial institutions are required to conduct appropriate levels of due diligence. In order to understand the level of diligence required to be exercised by the Financial Institutions, a detailed analysis is required on the amending provisions of Law No. 26 of 2021.

By its amendment to Article 1 of Federal Law No. 20 of 2018, the New Law No. 26 of 2021, the “funds” which is to form the subject matter of a money-laundering Transaction is appeared to have been given a Broader meaning. It is intended to include by the amendment, economic resources which are assets of any kind extending to natural resources, bank credits, cheques, payment orders, bill of exchange, letters of credit and any other income resulting from the assets which can be used to obtain any finance, or goods or services. The amendment also recognizes virtual assets so that, it could cover digital trading such as trading by way of cryptocurrencies. The idea behind the inclusion of these provisions may have been to cover all possible avenues which are engaged with money laundering activities.

Not only in identifying the countries of high risk but also to identify the necessary countermeasures to be taken and other measures commensurate with the degree of risk in order to instruct the supervisory authorities to ensure the adherence required. Sch would show that it is not only the identification of the money laundering activities but also the amending law focused also on the precautionary measures which need to be followed; via Article 12 (3) of Decree No 26 of 2021.

Further, focusing on Article 13, the provision is mainly on monitoring and follow-up. This is to ensure compliance (AML compliance) with decreed measures that need to be taken to prevent all avenues or even likely avenues concerned with the occurrence of acts of anti-money laundering. The new amendment had also endeavoured to add novel types of “assets” which could form part of the “funds”. For instance, activities of virtual assets such as cryptocurrencies and activities of virtual asset service providers are included to be considered for the purpose of monitoring under Article 13.

Powers of the Supervisory Authority

The Supervisory Authority, which was established under Federal Decree No. 20 of 2018 has been empowered to impose administrative penalties on financial/non–financial/ virtual asset service providers by way of

Subsequent to making such orders, the supervisory authority could even require the reports to be submitted specifying the measures which were taken to rectify the violations.

Furthermore, in view of Article 15 of the Federal Decree, No 26 of 2021, financial institutions, professional firms, virtual asset service providers are required upon being suspicious or having apprised of any reasonable ground to suspect, concerning the funds in question in its entirety or partly being used in violation of the provisions of the law, irrespective of the quantum of funds which were so used, notify the Supervisory authority without delay. Also, to provide the authority with a report containing data and all information regarding the suspected transaction. Considering the provisions of law relating to Money Laundering, the duty of confidentiality cannot be held as a defence against the obligation stipulated under Article 15, except for professionals such as lawyers, notaries and other legal professionals and independent auditors.

Punishments in case of Breach

As stated under Article 22,

Furthermore, if the offender is an incorporated body and the offence is committed through its representatives, an aggravated penalty may be imposed with a minimum fine of AED 500,000 while the maximum will be AED 50 million. Upon being convicted for terrorist financing, the court has the power to make an order for dissolution and closure of offices of the incorporated body; Article 23 of Law No. 26 of 2021.

Sanctions for Aiding and abetting

Upon confirmation of the perpetration of the offence, the court can make orders to confiscate

As per Article 28, if any institution/firm does not follow instructions and thereby supports the financings of terrorism and proliferation of weapons of mass destruction, persons who are responsible for the conduct of such firms will be sanctioned with imprisonment for a minimum of 7 years with a ceiling of 7 years and/or with a fine not less than AED 50,000 with a maximum amount of AED 5 Million.

Should a foreigner be convicted for committing the offence of money laundering, such a person shall be deported from UAE. However, if such foreigner commits any other offence (i.e. finance terrorist groups) deportation of such person will be at the discretion of the court.

In conclusion, it could be appreciated that the main idea behind the enactment was to combat money laundering practices. Also, it focuses on establishing a clear legal framework giving clear directions, especially to authorities such as the Supervisory Authority established under Federal Law no. 20 of 2018 by clearly defining its powers. Also, it further focuses on countering the financing of Terrorist organizations and suspicious organizations.