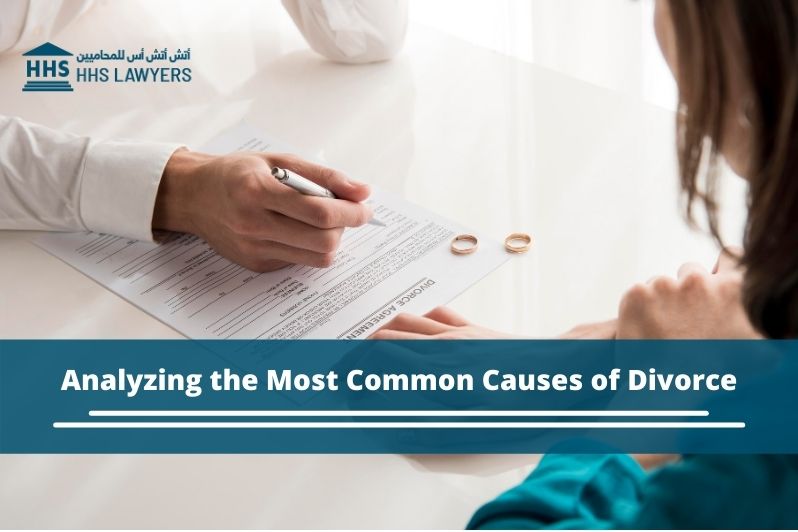 The number of divorce cases has been on the increase for a variety of different reasons. According to many reports, even in the UAE, some of the most common causes of divorce include:

Domestic violence is not to be taken lightly and, to emphasize its risks, many people are currently behind bars for said crime. Today, anyone can be a victim of domestic violence regardless if they are male or female. No one wants to be in an abusive relationship so it is no surprise that many files for divorce to get out of such a situation.

Getting the perfect life partner is never easy. In fact, getting a PERFECT partner is virtually impossible making the courtship process essential in learning to adapt and compromise with one another. Communication and understanding are some of the key factors for a successful relationship. Without understanding, there can be a lot of wrangles and pain in the relationship which, if not overcome, can lead to divorce.

Why Couples in UAE Consider Divorce

According to Islamic Law, a man can have more than one wife. However, not all first wives are in support of this and some actually divorce their husbands due to second wife marriages that brought about jealousy and insecurity.

For any marriage to work, both partners must learn to give and support each other. There are situations where one person sees themselves as more important or of higher worth than the other. This leaves the other partner feeling inferior, making the marriage unbalanced and unfavourable in the process.

It is hard to marry someone your relatives do not like. That is because they are likely to interfere with the marriage and even go as far as to orchestrate its demise. Whilst some relatives may do this to protect their loved ones’ others do it because they have someone in mind they would rather see their kin with.

When getting into a marriage, some of the key things wives seek is comfort and security. However, this is not easy to attain for husbands that have low income. As a result, some women are fast to cheat and find other men during such marriages because it is known that a man’s responsibility is to provide. It is, therefore, not surprising that this is a common reason for divorce the world over.

Married couples share responsibilities. This is one of the hardest things to do because apart from taking responsibility, you are also responsible for each other and, as such, co-operation is vital. Without understanding this, everything can go wrong because both parties will not accept accountability for the responsibilities they initially agreed to.

Some men see themselves to be alpha males and their wives are not on the same level. This is a wrong stance to take in a marriage because it is a union of two people who are in love and ready to support each other. Exercising dominance over your wife belittles her role, making it hard for her to want to stay.

As long as the list goes on, you will be surprised to discover that cheating is NOT one of the top causes of divorce in the UAE and worldwide. It is said that married women in serious relationships manage to deal with the issue of infidelity without breaking their marriages.