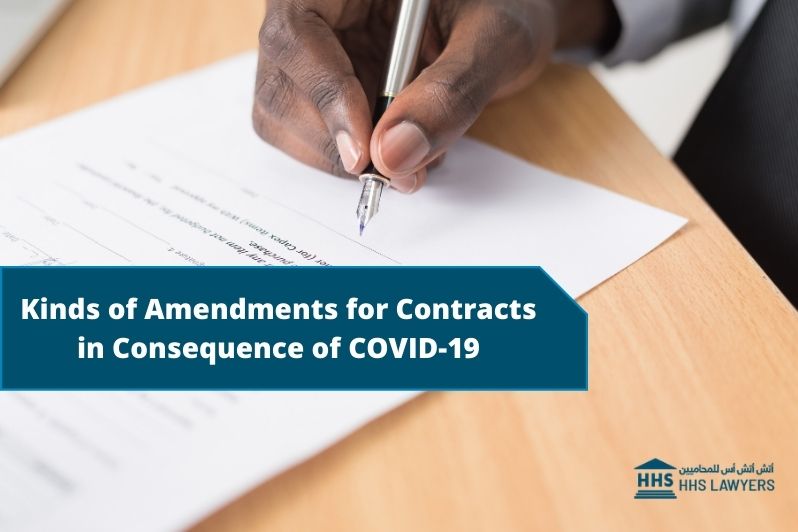 The crisis brought forth by the coronavirus (COVID-19) pandemic has caused a delay in the performance of a majority of contracts in the United Arab Emirates and around the globe. Most businesses are facing immense pressure from several different directions: the shortage of staff, shortage of materials, limitations of movement for personnel, the restrictions on conducting business operations, insolvency of subcontractors, contractors, and suppliers, and other administrative and legislative actions among others.

Without a fault that can be considered their own, a lot find themselves in situations wherein it’s impractical to adhere to contractual obligations. They’re forced in seeking, through whatever means possible, permanent or temporary relief from the performance.

In UAE, the best possible way to deal with the inability in performing contractual obligations in an agreement is by invoking the force majeure clause within the contract. This will, of course, depend on terms. Further performance may be abandoned or suspended. If there isn’t such a clause in the agreement, then the terms can be renegotiated.

Contract amendments in UAE don’t have to be very formal and filled with jargon like the original contract. Rather, an amendment can simply take a letter form. If you want to mimic the layout and format of the original contract, it is also possible. There isn’t any specific requirement with the modification to take a precise form.

Generally, there are three kinds of contract agreements. Each kind will typically be valid in the eyes of the law provided that the contractual parties to the original agreement agree to the recent change.

Changes can be made directly on the agreement itself by using the strikethrough method or redline. This is the most informal way of making changes to a contract. But, it is still effective. Simply cross out the language that’s no longer applicable and rewriting the language that’s more applicable will be acceptable. What’s crucial is the adding of initials of each party or crating an agreement that reflects changes are approved in order for disputes to be avoided down the line. The alteration has to be dated.

A separate document can be used in laying out the change that contracting parties want to make. There should be a note at the first page of the document on which part is being altered as well as when it’s effective. Both parties are to sign or add their initials then date the amendment in order to provide proof that all relevant parties are in agreement to the change. The creation of a separate section would usually be an easy way in amending a contract clearly. It can also avoid misinterpretations which are usually associated with other methods.

Rather than changing an entire section in an agreement or utilizing the strikethrough method, it is possible to spell out how exactly a section has to be modified. Provide a description of the portions that are to be stricken, as well as what’s to be added to a contract. The method will prove to be much harder to read; however, it is also what is considered as the formal method.

You will be able to select any method you’d like to use in amending a contract. However, having separate paperwork that lays out what is changed in the original document is seen as the most effective and efficient way. A combination of methods we laid out above is also acceptable.

Can modifications be made prior to contract signing?

Any change which occurs prior to a contract signing and execution of a contract isn’t technically referred to as an amendment. Terms of a contract can be negotiated prior to parties signing the document and it will still be considered as a part of the original document. Simple changes can also be made such as correcting typos prior to contract signing. Make a change in the pen’s color and make sure that all relevant parties initial the change.

When is a deviation from an agreement not a contract breach in UAE?

Not every deviation in a contract will be seen as a contract breach in UAE. There’s a couple of situations wherein one party waives certain clauses or provisions or consent to non-material breaches. Parties may waive certain terms and conditions of a contract by words or actions.

For instance, when a breach occurs but only a minor one and the other party still continues in doing business with you even with a violation, the term of the contract that was breached may be waived. The contract won’t be voided; however, the portion that wasn’t followed won’t be a true part of the agreement anymore.

If you are experiencing a breach of contract in UAE, call us here in HHS Lawyers today for legal assistance.