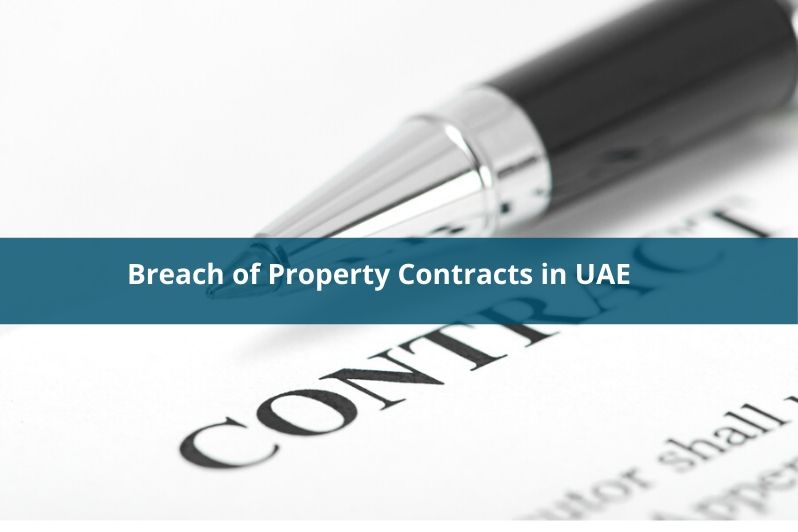 A property contract contains many terms and conditions that are integral to the contract. A breach of contract occurs when a party to the agreement, either oral or written, fails to perform any of the contract’s terms.

General Requirements for a Breach of Property

A breach of contract suit must meet a few requirements before it will be upheld by a court, and they are as follows

Some of the Common Reasons for the Breach of Property Contract

Fraud: Fraud is a misrepresentation of the truth or concealment of material facts in the contract to induce another to act to his or her detriment. When a defendant presents this defense, they’re saying that the contract isn’t valid because the plaintiff failed to disclose something important or because they made a false statement about material or important fact. The defendant must establish that the fraud was deliberate.

Undue influence: when one party had a power advantage over the other and that they used that advantage to force the other to sign the contract.

Remedies for Breach of Property Contract

The most common remedy when one party is found to be breaching a contract is a monetary payment. Some other common remedies include:

Damages:  Damages are amounts of money that compensate the victim for any actual loss suffered. Punitive damages involve extra money a court might tack on as a form of punishment if the breach of contract was particularly egregious and intentional.

Injunction: An injunction is an order by the court that requires the guilty party to stop doing whatever action is causing damage to the other.

Lawsuit: A court might also order the rescission of the contract. Sometimes the plaintiff has been so badly damaged by the breach that the injured party is allowed to rescind or terminate the deal.

As per law, specific performance will not be ordered if the contract requires performance or constant supervision over a period of time and the obligations in the contract are not clearly defined.

Property Lawyers in the UAE

Breach of property contracts can sometimes lead to significant losses for either party. You may need to hire a property attorney if you need assistance filing a claim for breach of contract. HHS lawyer can provide you with the legal expertise that you need to protect your interests. Contact us for further information