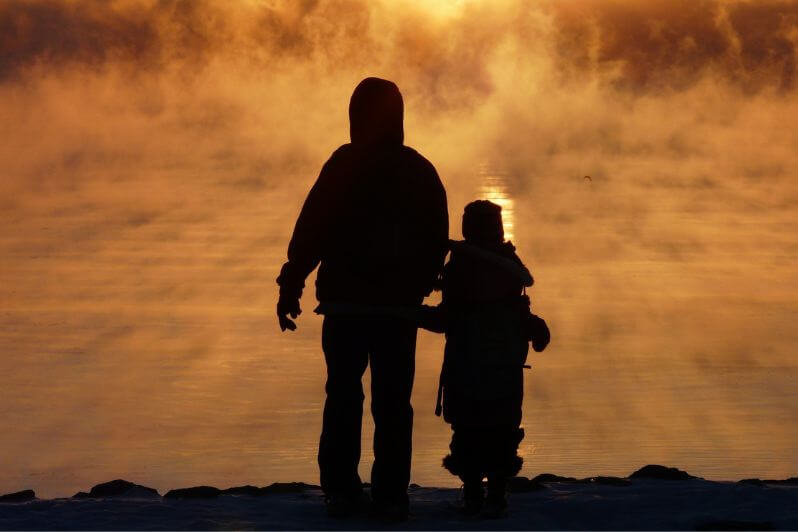 Even though the courts do not favour fathers more than mothers in child custody disputes, getting custody of the children might be challenging for the father. The fathers who are requesting full custody, joint custody, or any other agreements regarding the child’s rights should be ready for a challenging child custody battle to win over the father’s rights in the UAE, as the mother has a natural advantage over the responsibility of caring for the children.

The courts may award custody to either spouse if it is in the “Best Interest of the Child” under the UAE Personal Status Law of 2005. Any fathers who want to be granted custody of their kids should make sure to give the judge a convincing argument for why they should be granted custody rather than the other parent, considering what would be best for the kid.

Child Custody in the UAE

In the UAE, fathers prefer the job of Guardian over Custodian. The Guardians are seen as a child’s support system. Guardians are in charge of the child’s finances, make crucial choices about upbringing and education, and manage the child’s affairs.

Fathers should understand the rights of the mother in the UAE.

Mothers are given preference for the position of custodianship by law. Custodians are responsible for the child’s daily care and have physical custody of them. Fathers can always object to the court, arguing that the mother is unsuited to be a custodian and that her custody will have a negative impact on the child’s development.

You Should Read: How to Get Child Custody

What do the terms “custody” and “guardianship” signify in UAE law?

Custody, as defined by the Personal Status Law, is the act of retaining, rearing, and caring for a kid without infringing upon the guardian of the person’s right.

The care for the minor’s affairs, including supervision, protection, raising, teaching, and guiding his life, as well as consenting to arrange for his marriage, is known as guardianship of the person. Guardianship of the property refers to handling all issues with the minor’s property, including its administration, protection, and investment. It includes guardianship, curatorship, and legal representation.

What happens if the father dies or gets a Divorce?

Custody and guardianship are the two primary factors that will define the kid’s status following the marriage’s end, whether through a divorce or the father’s death.

You Should Read – Child Custody after Divorce in the UAE

Do parents have equal rights to raise their children following custodial and guardianship laws?

In light of the issues raised above, it is clear that parents do not have equal parenting responsibilities or rights regarding how their children would be treated in the event of a divorce. The day-to-day obligations fall on the mother, while the financial duty falls on the father. It is a marked difference between the two parental roles.

Most of the time, Sharia laws do not give the same western conceptions of child custody, and divorce in the UAE will result in the abovementioned concepts.

What are the essential conditions needed to become a custodian?

The basic requirements for being a custodian are as follows, as stated in Article No. 143 of the Personal Status Law:

When can a Father Claim custody of his child?

The separation of duties between the custodian and guardian is not clear under UAE Law since either parent—in this example, the father if he is granted custody—can be assigned both roles. According to Article 156 of the Personal Status Law, mothers are often granted custody of their children until they reach a specific age—11 for male and 13 for female children—but only if it is in the child’s best interests.

However, there are several situations where the court may grant the father or guardian custody of the child. For example:

It is usually advised to hire top family lawyers in Dubai when fathers request custody of the kid to protect their rights to do so and, if they are denied custody, to determine additional guardianship rights they may have. We can grow our services to provide more innovative and personalized ways because our Family Lawyers work closely with clients to understand their particular circumstances. Our divorce and family lawyers have years of expertise with all problems associated with divorce, separation, financial distribution, property disputes, and difficulties involving children. We provide inexpensive and flexible pricing for all of our Family Law services.

Home » Blog » Child Law » How can a father get full custody of his child in the UAE?