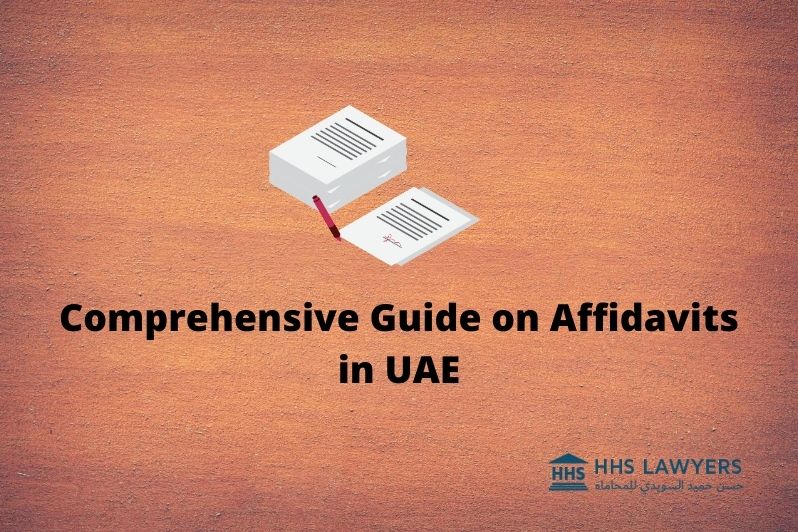 Affidavits are written statements made under oath, and they’re only considered legal and valid if they’re made without any coercion. The signing of affidavits in UAE means the signatory assets information in the documents are true and facts in the affidavits are known personally. When affidavits are signed, signatories also state that they’re competent in testifying should they be called into court to provide more information regarding the documentation. Being competent in testifying before a judge means being of sound mind, as well as of legal age.

What are the uses of affidavits in the UAE?

Affidavits are created for a lot of reasons. They’re often filled with local courts in order to present the fact that information stated in the documents is true. An attorney in UAE may be able to utilize an affidavit so clients don’t have to be there in courts or during an official proceeding. Affidavits in UAE save a considerable amount of time and money for various legal events.

An affidavit is also required for different kinds of judicial proceedings, specifically for family law problems and property planning matters. Without a properly written affidavit, any other legal instrument won’t be considered as valid. Proving that it is valid can also prove to be very difficult.

An affidavit is a useful way beyond our local courts. Insurance companies, financial institutions, and other entities can make affidavits necessary in performing official functions.

Why is it important to remain truthful?

Saying something or declaring it through an affidavit means that you know for certain that something is a fact. If you have a statement that’s not true in your affidavit in UAE, you will be seen as violating local laws and regulations. You’ll be fined or worse, imprisoned, as you have committed perjury. It’s essentially the same as you saying lies on the stand during a legal proceeding.

The legal term, perjury, means that you’d lied under oath. Being honest is vital to courts even when you’re only using an affidavit rather than communicating personally. A lot of affidavits in UAE assert they’re signed under the perjury penalty; however, this is a statement that isn’t required.

How can I legalize an affidavit in UAE?

The affidavit that is made has to be signed to make it effective. Take note: it is necessary to hire an attorney for legal drafting in UAE, particularly for the drafting of an affidavit. The signing of affidavits is to be witnessed by a public notary. A notary is a legal entity that is authorized by the UAE federal government in verifying signatures for different kinds of legal or formal documentation. A notary is going to check the identification papers of a signatory such as a passport and Emirates ID or visa to confirm the identity of the signatory. The confirmation of the signatory’s identity is done prior to the actual signing of documents.

What are the kinds of affidavits in the UAE?

There are many kinds of affidavits in the UAE, and they vary according to their purpose. Attorneys in UAE utilize them in court filings and motions to provide evidence that information is true. Attorney often designs affidavits in meeting their requirements. Affidavits can also follow generalized formats, but this isn’t recommended.

Affidavit of domicile is necessary for probates of wills or whenever you’re dealing with specific kinds of trusts. Affidavits of domicile establish a person’s legal residence in the time of the passing. They include the prior address of deceased individuals and the duration in which the individuals have lived in a certain area.

Usually, a personal or legal representative will present this particular kind of document to a local court during the process of probate. It’s helpful in making estate administration a lot smoother, plus it allows for an easy and relatively quicker transfer of properties. It’s particularly relevant for when stocks and securities are transferred to a different name.

Some institutions and life/health insurance firms also require affidavits prior to releasing assets to beneficiaries. This kind of information will also stop any potential disputes related to wills prior to them occurring.

If you have more questions related to affidavits or you need help in creating your affidavit in UAE, call us here in HHS Lawyers today!