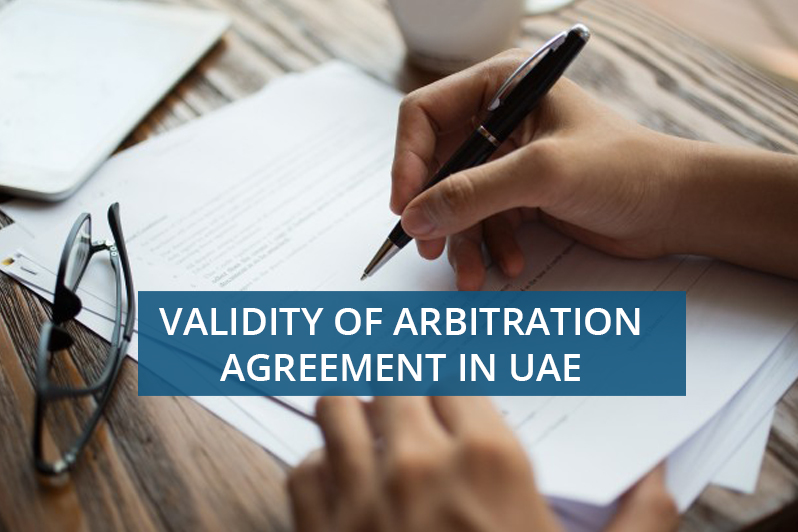 A business contract serves as the bedrock of a commercial partnership. It establishes rules for doing business in specific methods as agreed upon by the parties. Despite this, corporate relationships often run into problems. Alternative dispute resolution (ADR) techniques have grown in favor of the corporate sector in recent years. Typically, parties to a contract will use Alternative Dispute Resolution to settle disagreements arising out of a commercial relationship.

Arbitration has been the preferred way of resolving alternative disputes. Parties to the contract prefer to sign an agreement known as an Arbitration Agreement. By signing such an agreement, both parties agree to resolve their disagreement with the help of the Arbitrator.

Arbitration: What is it?

In arbitration procedures, a single arbitrator or a panel of arbitrators resolves the issue (usually three in number). An arbitrator, like a judge, must conduct arbitration proceedings in such a manner where the parties to the dispute have a fair chance to present their case. The Arbitrator will conclude the proceeding with a final and binding award.

You must know: Arbitration procedures and practice in UAE

All parties must sign the Arbitration Agreement, and the decision is binding on both parties. Therefore, the parties should make this agreement into a contract. An arbitration agreement is helpful if the parties wish to settle their issues with the assistance of an Arbitrator rather than going to court.

Now let’s discuss some of the crucial essential elements of the Arbitration Agreement.

The Federal Law No. 6 of 2018 (the “Arbitration Law”) governs Arbitration in the United Arab Emirates. The legal criteria for an Arbitration Agreement are laid forth in Section II of the Arbitration Law. The following are a few of the critical components of an effective arbitration agreement:

Any contractual requirements that the parties must comply with, signed by a representative who has the legal ability to contract and the power to bind the business. As a result, only an authorized signatory or apparent representative can engage in contracts on behalf of the company. Arbitration Agreements executed by a party who cannot sign them are deemed invalid and challenged in court. For a company, the individual consenting to Arbitration on behalf of a corporation must have express authorization to do so. Generally, this power established through a shareholder vote or a company’s Articles of Association.

In Dubai Court of Cassation Case 137/2015, the court confirmed that Arbitration is an explicit agreement of litigants about the Arbitrator’s competence to resolve the issue, rather than the courts. It necessitates that the individual signing the contract, including the arbitration provision or agreement, be of legal age and competence. Only the party with the legal capacity to act concerning the disputed right may request arbitration.

You should know: Arbitration Services in Dubai To Settle Your Loans

4. Must be in writing

Agreements to Arbitration must be in writing; otherwise, they declared as null and invalid. An Arbitration Agreement is considered in writing if included in a document signed by the Parties, in an exchange of letters or other written means of communication, or the form of an electronic message in conformity with the State’s relevant laws on electronic transactions.

This element was expressly interpreted by the Dubai Court of Cassation in Petition No. 220 of 2004 (Issued on 17/01/ 2005). In this case, the court laid down that an agreement made by the parties to submit their dispute to Arbitration must be in written form and signed by the parties. Such communication can also be through the exchange of letters or any other form of written communication between the parties, provided that the sender must sign it.

You must read: Arbitration and Reconciliation in UAE

The parties may specify the number of Arbitrator (s), their procedure for appointment, seat and language of the Arbitration. If the arbitration agreement does not provide such provisions, the Arbitration shall be ad hoc and regulated by the Sole Arbitrator as expressly agreed upon by the parties.

The purpose of this article is to provide a general overview of the subject. HHS lawyers and legal consultants specialized in dealing with cases relating to Arbitration. Please do not hesitate to contact us if you have any questions regarding filing an arbitration request with DIFC-LCIA or if you would like more information about the Arbitration Agreement.