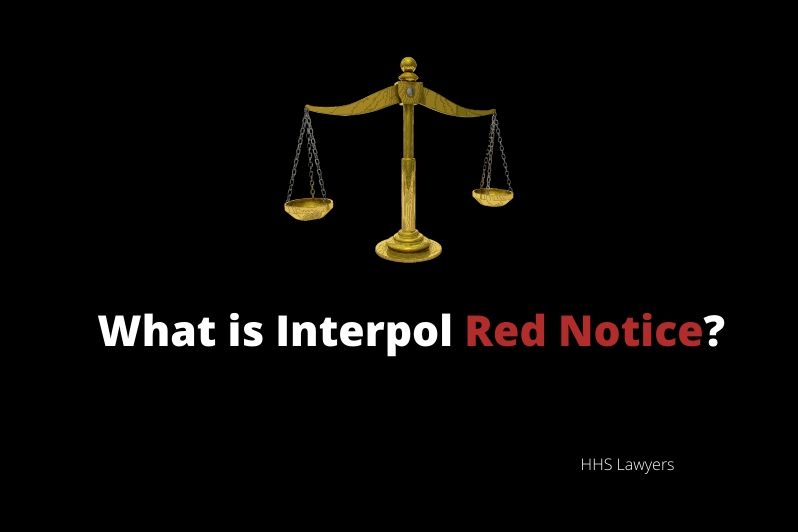 INTERPOL requests the red notice to be issued worldwide to locate and arrest the criminals pending extradition, surrender. Red notices are very significant in administration departments of INTERPOL.

The INTERPOL publishes the red notices and requesting the country for seeking help to find out the wanted criminals. no state is obliged to follow to arrest based on red notice this is just an informal system to inform the other countries about the criminal.

Some of the common information issued by red notices are as follows:

This type of notices is issued and is checked and examined by a special force to be compliant with the rules. This examination also includes the information available at the time of publication.

If any new information regarding the wanted person has been brought into Atten ton of General Secretariat after a Red Notice has been issued, the special force reexamines the case

People who are subject to Interpol red notice

Information’s provided for requesting removal of a red notice

Interpol will have to check the aspects of the case, whether the case is related to ‘political’, ‘human rights’ and/or ‘civil’ aspects of a case against the ‘ordinary-law’. It also considers whether all the red notices comply with the rules of the constitution and regulation of INTERPOL. If any person is willing to get himself removed from the list of INTERPOL, he must inform the decision and the relevant aspects of the case. All the information should be detailed and shared with INTERPOL.

The information to be shared with Interpol are as follows;

Our Criminal Lawyers have a vast knowledge of Interpol’s main regulation and of the proceedings before the Commission for Control of Files. Our litigators have broad expertise allowing them to build strong and comprehensive petitions against abusive red notices issued by Interpol member States. We have a particular experience regarding Red Notices issued by middle eastern countries in financial disputes and politically motivated cases.

What is the importance of red notices?

These are notices that inform the other countries about any wanted criminals. the police of other countries can help to find such criminals to support the offices to find the wanted persons.

Is it important to report the wanted criminals to INTERPOL?

This system is a voluntary system and does not force any country to arrest someone on the basis of a red notice. The member country decides to issue a red notice if any person is suspected of a crime and can be very dangerous the society or country.