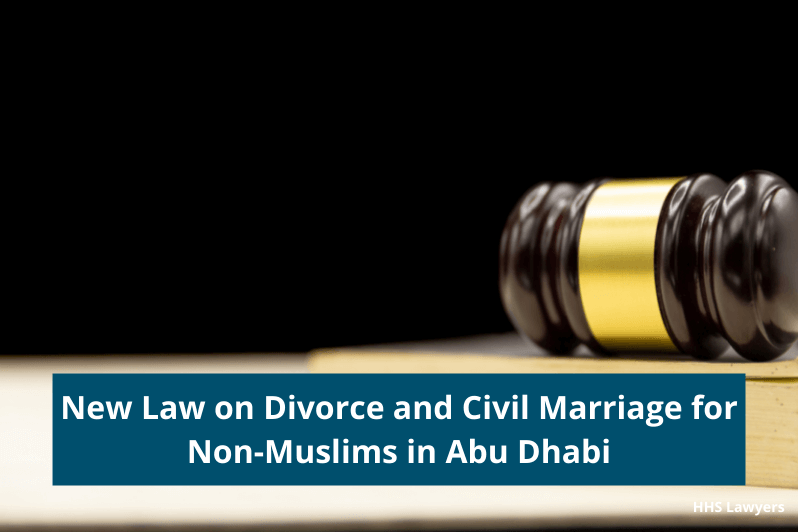 The legislation is the Emirates’ first civil law addressing non-Muslim family concerns. Under civil law, non-Muslims can marry, divorce, and have joint custody of their children in Abu Dhabi. It implies that they are able to do so in the country. Non-Muslims residing in the UAE formerly had to marry in their home country’s embassy or consulate. According to the Abu Dhabi Judicial Department, the goal of this move is to make it easier for non-Muslims to have their personal status disputes settled through a flexible and advanced judicial system. This will make the Emirate even more attractive to people who want to live and work there.

What is the Personal Status Law for Non-Muslims?

The Personal Status Law for the Non-Muslim was signed by the President of the United Arab Emirates, Sheikh Khalifa bin Zayed al-Nahayan. The law relating to civil marriage for non-Muslim is the Emirates’ first law addressing non-Muslim family concerns. According to the Abu Dhabi Judicial Department, the legislation intends to give non-Muslims the right to adhere to “internationally recognized law” in terms of traditions, culture, and language and safeguard their children’s best interests.

In the Gulf nations, the first of its type, where divorce laws and civil marriage for non-Muslims are governed by Islamic Sharia law. The new legislation would apply to Divorce and Civil Marriage for Non-Muslims in Abu Dhabi.

Under the new law, the Judicial Department will establish courts dedicated to non-Muslim family matters that will operate in Arabic and English to facilitate foreigners’ understanding of judicial procedures and to increase judicial transparency.

What has changed in Abu Dhabi’s laws towards non-Muslims?

The new law eliminates the need for the agreement of the bride’s Guardian and instead demands the marriage to be solely between the man and woman.

Non-Muslims may seek divorce without proving that the civil marriage was abusive, and any partner may petition for divorce. Previously, the bodily injury had to be established to get a divorce (According to Khaleej Times).

Previously, couples were required to visit the Family Guidance department after filing for divorce, where a court-appointed conciliator attempted to reconcile the parties. Now, divorces may be granted at the first hearing without going through these lengthy procedures.

When it comes to child custody, although the current legislation permits both spouses to have joint custody and equally share custody upon divorce, formerly, custody was granted to the mother, and the father was designated as the child’s Guardian (to provide financial support). According to the previous law, custody and guardianship are two distinct matters that must be resolved separately since parents in the UAE do not share equal parental duties for their children.

The purpose of this article is to provide an overview of the subject. This material was meticulously prepared to ensure accuracy. It is not intended to provide legal advice or to forecast a specific outcome because individual circumstances may differ. Readers considering legal action should obtain legal counsel from a knowledgeable attorney to learn about current laws and how they could relate to their situation. Please do not hesitate to contact HHS Lawyers if you want any legal assistance with regard to UAE civil marriage laws or associated matters.