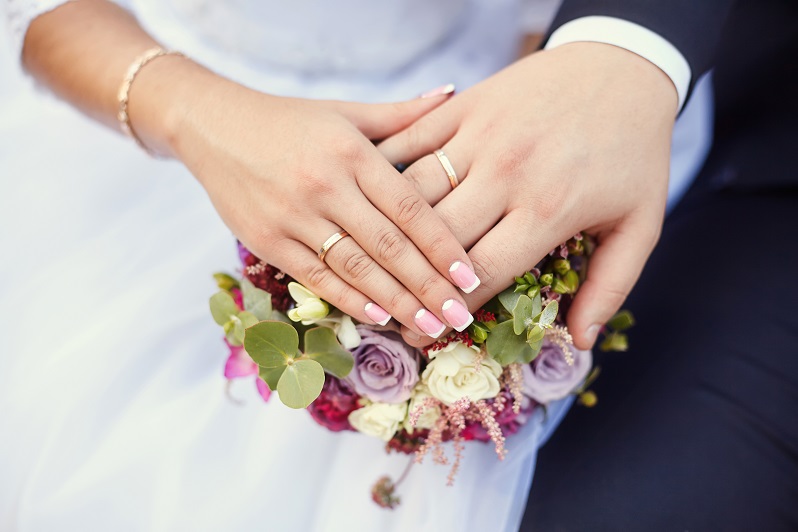 The newlyweds appreciated everyone who helped make the civil marriage contract service go well, as well as those who worked hard to ensure that the application process was quick and straightforward.

The Judicial Department’s official website now has a civil marriage registration facility for locals and visitors. The contract and marriage registration may be made through video conferencing to comply with the law’s restrictions and regulations. Foreigners now have a modern legal framework to resolve family disputes following international best practices, thanks to a new personal status law for non-Muslims that the court is enforcing. It is the first of its kind in the world, applying civil principles to the regulation of family matters.

The first specialized court for non-Muslim family matters is part of the Emirate of Abu Dhabi’s ongoing efforts to improve its judicial system. Cases including marriage, custody, divorce, paternity, inheritance and personal status will be heard at the newly-opened courtroom, inaugurated earlier this month. Sessions will be conducted in Arabic and English to guarantee that foreigners can understand them and increase judicial openness.

On November 7, Sheikh Khalifa bin Zayed Al Nahyan, President of the United Arab Emirates and Ruler of the Emirate of Abu Dhabi, enacted legislation to regulate non-Muslims’ status in the Emirate of Abu Dhabi. The new family law results from a series of changes made in Abu Dhabi to modernize and restructure the legal system while also protecting the rights of non-Muslims and guaranteeing that their legal problems are not subject to Sharia law. The legislation was extensively researched and analyzed to provide a legislative solution that provides a current judicial framework for foreigners resident in the Emirate of Abu Dhabi to resolve family conflicts following worldwide best practices.

The law gave non-Muslims a flexible and advanced judicial framework for resolving personal status disputes. The AD Judicial Department has created the first court for non-Muslim family cases. The new court’s proceedings will be multilingual, i.e. in Arabic and English, to assist foreigners’ comprehension of judicial operations and to promote judicial transparency.

Foreigners now have a modern legal framework to resolve family disputes following international best practices, thanks to the country’s personal status law for non-Muslims. The law is unique in that it is the first to apply civil principles to the regulation of family matters.

The court was established as part of new laws passed last month to serve the Emirate’s foreign inhabitants better. The new family law results from a series of reforms made in Abu Dhabi to modernize and restructure the legal system while also protecting the rights of non-Muslims and guaranteeing that their legal problems are not subject to Sharia law.

The legislation is structured into 20 articles and numerous chapters, including civil marriage, divorce, joint custody of children, and inheritance.

The following documents must be submitted:

The UAE awarded its first civil marriage license to a non-Muslim couple as the Gulf nation attempts to maintain its competitive advantage in the region.

The United Arab Emirates—where foreigners account for 90% of the nearly 10-million-strong population—has been revising its laws to position itself as a modernizing force in a primarily conservative area. A Canadian couple became the first to marry in the Emirati capital of Abu Dhabi under a new rule governing the personal status of non-Muslims.

The purpose of this article is to provide an overview of the subject. This article was produced with great care to ensure correctness. Because individual circumstances may vary, it is not meant to give legal advice or predict a specific conclusion. Readers considering legal action should seek legal advice from an experienced attorney to learn about current laws and how they may apply to their case.

Don’t hesitate to contact HHS Lawyers & Legal Consultants if you require any legal assistance on the subject presented or related issues.