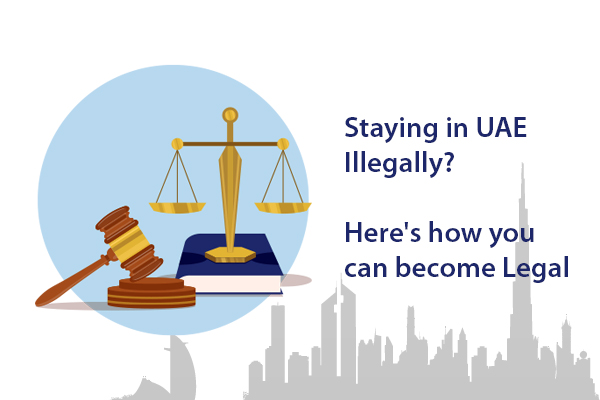 Modify the status of your Illegal Residency from 1st August, Wednesday in UAE

Illegal Residents will get the help!

People who live illegally in other countries face a lot of problems. For such people, UAE has made new systems and if somebody who is living illegally utilizes them, his stay can either become illegal or he can easily exit the country if he wants to

Not the Case with UAE

The case in UAE is a little different for the illegal people as now they can avail the amnesty scheme to wither make their visa regular or exit the country without having to pay any fines.

Whenever someone lives in a country in an illegal manner an gets caught, he has to pay fine and can get deported as well. UAE has made a  new scheme or the illegal expats so that they may be able o regularize themselves or exit the country.

This is no doubt a very good initiative from the UAE government.

A help desk has also been opened for the people who are staying illegally in UAE. In addition to that, an email address has also been formed for them so that they can be able to reach maximum beneficiaries.

When will the general visa amnesty starts?

Thee general visa amnesty will start on 1st August. So, people who are looking for such services should surely get the services for their better future.

The duration of the amnesty will be from August 1, 2018, to October 31, 2018. This means that the offer will be valid for 3 months. In addition to that, the duration can get extended as well. all of it basically depends upon the circumstances.

The main purpose why people can avail the amnesty is that they either regularize the status of their visa or exit the country. If they decide to exit the country, they will not be subjected to any sort of fines.

People who were living illegally in UAE will now get a 6 months visa for the sake of seeking the job. If someone illegal is seeking a job in UAE, he will be given priority over others. If someone doesn’t find a job in those 6 months, he or she will have to exit the country after that.

Get a new sponsor and become legal!

By getting a new sponsor, they people living illegally in UAE a regularize their visa. They can submit their application. For that, they will have to pay an immigration fee of Dh500

Exit the Country without a UAE Labour Ban

Fingerprints, as well as eye scans of the person, will be taken in order to carry out the exit procedure of the person.

2 years Ban if no Documents

All Absconding reports will be canceled!

From where are these exit permits issued?

They are issued by the authorities who issue the visas of the people. so, for such services, the person will have to visit the immigration authorities.

The Transit visa can now be extended for more than 96 hours. The fee that is to be paid is Dh50.

The passengers will not have to pay any fees for entry for the first 48 hours.

At the passport-control hall across UAE airports, the transit visas can be obtained.

Such people will be allowed to leave the country if they want to do it voluntarily. If someone wishes to seek a job in UAE but the visa has overstayed, they will be granted a new 6 months visa.

The people who are willing to live in UAE will now get another chance to fulfill their dreams and start a job. If they get a job, they are most welcome but if they don’t, they will have to leave the country.

There are a lot of changes that can happen in the UAE laws and regulations. It is always better to stay on the loop as to not be ignorant of them, as ignorance of the law excuses no one. Hence, HHS Lawyers and Legal Consultants, one of the top lawyers in Dubai, can act as a medium for you to be more informed with any changes with regard to the laws that surround visas and any other that concerns your business.

It is always advisable that you approach advocates in Dubai, regardless if you are situated in the same Emirate or another. We can help you out wherever you are. Our line is always open for you whenever you are in need of any legal advice.

You can book a free consultation now with one of the best lawyers in Dubai that we have on our team.