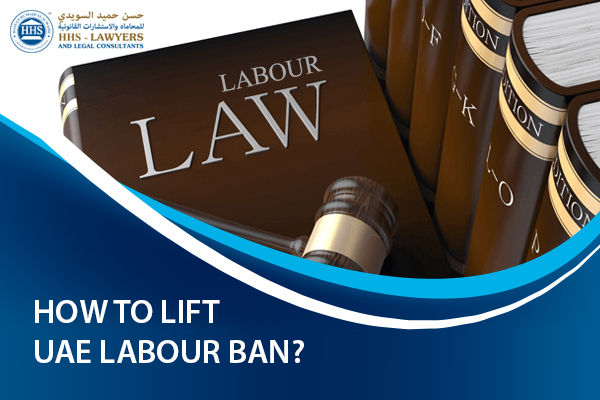 Expats in the United Arab Emirates (UAE) will do well if they are aware of the labour law UAE to ensure that they are treading on the right path. It can be said that this country does not tolerate the ignorance of the law, hence knowing the rules and abiding with them is really important if you are looking to live longer in the country.

What is UAE Labour Ban?

In simple terms, a labour ban is imposed on people who have not fulfilled their duties and responsibilities as employees in a company as per their signed contract.

With this ban, a person can suffer from the fact that they are not allowed to work in the UAE for six months to one year. Even if this is the case, they are still allowed to live in the country unlike having an immigration ban.

Why Do People Get a Labour Ban?

Labour ban is usually given to employees who do not do as per the signed agreement that they have with their employers. This is typically the case with parties that sign on a limited contract.

The two possible scenarios that can happen are as follows:

With these two scenarios, it can be expected that an automatic six-month ban is given to an employee. Aside from that, an employer can also make it extend to a year by requesting a six-month ban from their side. It means that you will need to wait for a full year before you can legally work in the UAE.

There are three known ways that you can have your labour ban lifted without waiting for a long time to work in the country.

One of the ways that can lift your ban is to find a job that gives you a good position in a company and offers you a higher salary. The qualifications differ based on professional levels. The said levels are the following:

This is considered by others as the most common way to get your ban lifted. If you are hired by a company that is situated in any free zone area in the UAE or any government organization, your ban can be lifted.

However, you should let the HR know of your situation and what you should do in order to have your ban be successfully lifted.

As a simple reminder, the information that we have shared above is a guide for people who are new to this kind of situation, like expats in the UAE who are going through this kind of predicament. You should remember that if you have the same situation of having a labour ban that it is best for you to contact a legal consultant in Dubai. Since the above is general information on having a labour ban, it does not necessarily apply to every situation there is as there are a number of possible cases that could happen.

Labor disputes seem to be an ordinary happening in the UAE as many employers and employees just clash and do not get along, may it be the former or latter’s fault, things simply do not work for both.

For this reason, HHS Lawyers and Legal Consultants in Dubai is available to help you and advise you on your situation right now. You can call us and book a free consultation.

Home » Blog » Criminal Law » Have a Labour Ban? Here’s How to Lift It