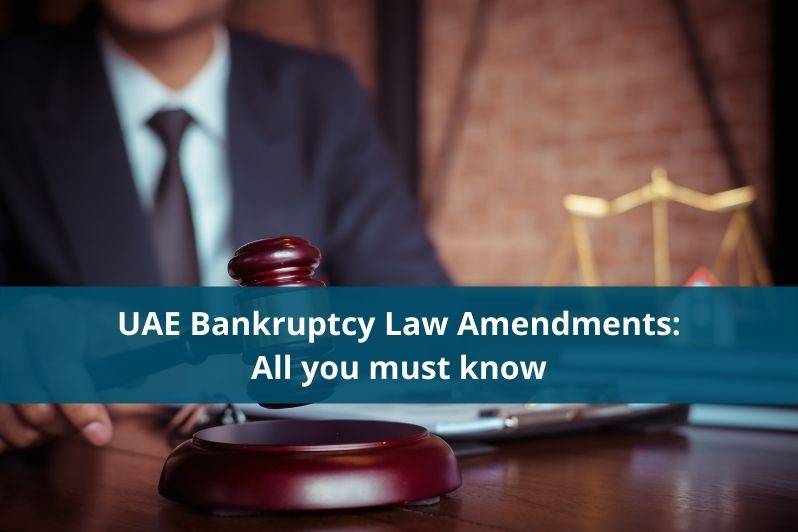 The UAE Cabinet has approved many significant amendments to Federal Decree-Law No. 9 of 2016 on Bankruptcy (the “Bankruptcy Law”). Most importantly, the amendments include mechanisms to handle and assist debtors during an “Emergency Financial Crisis” (or “EFC”), which is defined as a public incident that disrupts UAE commerce or investment, such as an epidemic, natural or environmental catastrophe, war, or other similar occurrences.

The revisions include a new definition of EFC (as mentioned in the introduction) and a new Section Five titled ‘Bankruptcy Proceedings in Emergency Financial Crisis,’ which will be inserted into the Bankruptcy Law’s ‘Bankruptcy’ section (Chapter Four). The adjustments alter the operation of the Bankruptcy Law’s standard insolvency processes in the case of an EFC. Specifically:

Usually, a debtor is obliged to file for bankruptcy if it cannot pay its obligations when they become due for a period of 30 consecutive business days. The modifications postpone this duty for the term of an EFC. If, however, a debtor files for Bankruptcy during an EFC and the debtor establishes that the EFC was the cause of the debtor’s insolvency, the Court has the option to accept the bankruptcy petition and continue with the proceedings as it sees fit. For example, the Court may continue without selecting an expert or trustee.

If the Court approves the debtor’s application due to an EFC, the debtor might ask for a 40-day term to achieve a settlement with its creditors. The debtor’s requested settlement time for debt payback shall not exceed 12 months from the date of court approval. The debtor must record the agreement, and it will be binding on the other creditors if creditors representing at least two-thirds of the debts agree. The Court will decide on whether or not to approve the settlement. Any settlement might potentially be challenged in court by creditors.

During an EFC, the Court cannot accept creditors’ motions to start bankruptcy proceedings. Furthermore, except in the case of assets deemed irrelevant to the debtor’s business, the Court may not take preventive measures (such as placing seals on a debtor’s business premises or properties) against the assets of debtors who have filed a bankruptcy petition.

Suppose a debtor or creditor applies for the commencement of a preventative composition or bankruptcy proceeding before the commencement of an EFC, and the Court accepts the application. In that case, the Court has the discretion to extend the grace periods (up to twice the existing periods under the Bankruptcy Law) if necessary for the debtor’s business to continue operating during the EFC.

Additionally, the Court may modify a debtor’s contractual duties under Articles 165 to 167. For instance, the Court may grant a debtor the right to cancel an existing contract due to an EFC. It is unknown how expansively the Court will use its discretion in this respect.

Directors and management of a corporate debtor that becomes unable to repay its obligations as a consequence of an EFC are not accountable for disposing of the debtor’s assets if such dispositions are necessary to satisfy regular monthly payments, such as wages. However, directors and management will be obligated to amend the company’s financial statements to reflect the EFC’s losses and behave prudently, in good faith, and in the company’s best interests. Such measures seem to reassure directors/managers about the possibility of being accused of functioning while bankrupt.

If a debtor files for Bankruptcy during an EFC, they may seek court authorization to access new secured or unsecured financing under the following conditions:

This text is for informational purposes only and is not intended to be construed as legal advice. Before taking or abstaining from any action based on the contents of this publication, you should get professional legal counsel. Don’t hesitate to contact us for more information on bankruptcy law and its related amendments.