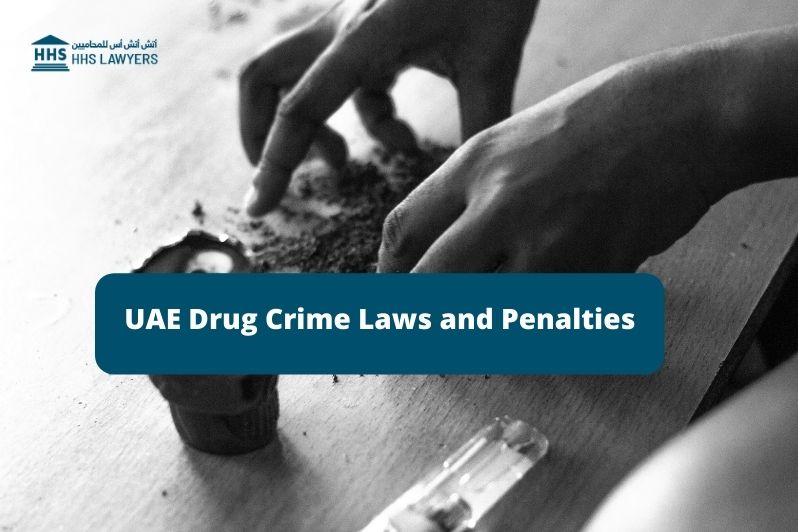 The UAE is well known for its very strict policies in relation to the use and trafficking of narcotics. The Emirati legislator considers drug control of extreme importance and has thus enacted various federal and local laws and concluded international agreements to combat drugs and drug trafficking.

In this article, we will review the most prominent drug crime laws in the UAE and their penalties.

The Federal Decree-Law No. 14 of 1995 on the Control of Narcotics and Psychotropic Substances (the Drug Law) was enacted in 1995. In 2016 certain provisions of the Drug Law were amended by virtue of Federal Decree Law No. 8 of 2016.

One of the Articles amended by Federal Decree Law No. 8 was Article 6, which was amended to read as follows:

Thus, Article 6 confirms that the import, export, manufacture, production, possession, procurement or abuse of a narcotic drug as referred to in the Drug Law is strictly prohibited.

However, as set out in Article 8 of the Drug Law, there are exceptions where a person is permitted to have possession of certain drugs, depending on the weight which may not exceed the prescribed limit as set forth in accepted pharmacopeias.

The Import, Export and Transport of Narcotics and Psychotropic Substances

In accordance with Article 10 of the Drug Law, the import or export of narcotics and psychotropic substances shall be prohibited unless by virtue of a written permit from the competent authority.

Article 11 of the Drug Law confirms that the following parties may grant a permit of authorization:

Article 12 of the Drug Law provides further that the aforementioned permit may not be granted to the following persons unless rehabilitated:

It is worthy to mention that, in accordance with Article 13 of the Drug Law, narcotics or psychotropic substances arriving at UAE Customs may not be released without the necessary permit signed by the director responsible for the party licensed to import the shipment.

As stated in Article 6 above, the sale, possession or manufacturing of illicit narcotics is prohibited and as such, the penalties related thereto are severe.

The penalties prescribed are generally based on the type of offence, however, the minimum sentence for such offence is 4 (four) years along with a fine not less than AED 10,000 and deportation in some cases.

Article 58 of the Drug Law provides that a person convicted more than once for a crime provided for in the Drug Law may be sentenced by the court, in addition to the prescribed sentence, to one of the following measures:

Pursuant to Article 42 of the Drug Law, the court may, except in the case of recidivism, instead of imposing penalties on the perpetrator, order any of the following:

Article 55 of the Drug Law stipulates that any perpetrator, who notifies the judicial or administrative authorities of any information with regards to a crime and such prior to the perpetration thereof shall be exempt from penalties for certain crimes as more specifically set out in Articles 46, 48, 49 and 50 of the Drug Law.

if you need to know more about drug law, our Criminal lawyers in UAE can help you. please contact us today!