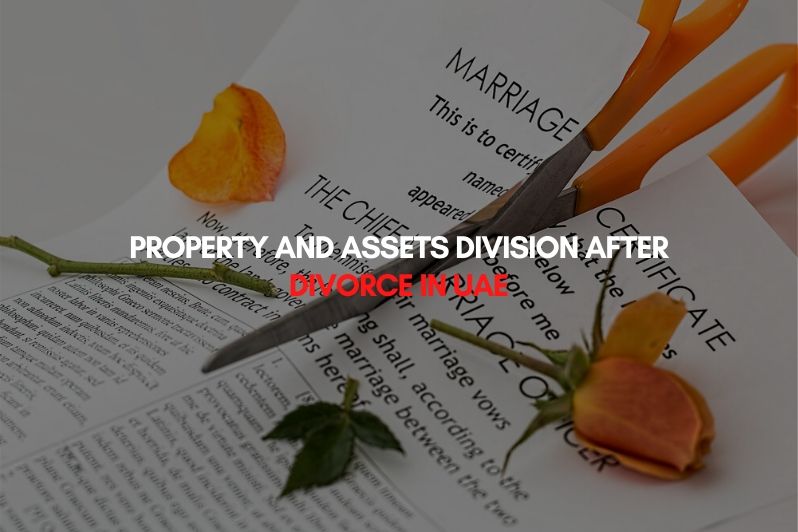 Dubai Statistics Center has revealed that there’s a lot of cases of divorce in the emirate. In 2016 alone, there are six divorce cases for a thousand couples, which is a figure that’s considered higher in comparison to the global rate for divorce.

Divorce in UAE is consistently rising and this phenomenon doesn’t just happen with locals but also expatriates alike. Couples are left wondering how to handle their assets and manage to split those that were jointly acquired. Most cases end up with husbands and wives agreeing mutually to beneficial terms. However, there are those that opt for the chaotic and disastrous distribution of assets and investments, leaving heirs and children at a losing end.

Local and expatriate couples in the UAE should understand the fact that there’s a variety of situations and conditions that govern asset distribution following divorce. With a will drafting or agreement that’s been drafted correctly and attested by local courts, a wife and a husband shouldn’t worry as to how guardianship and estate should be dealt with should death or divorce comes up.

What Happens to Property and Assets Which are Under One Name?

Irrespective of religion, gender, and/or nationality, local legislation applies with wealth distribution, most especially if there is no will or agreement to follow. Whether the property and assets are bank accounts, investments, or insurance policies, the Sharia law governs their distribution when a couple considering divorce fails in planning their estate prior to signing divorce papers.

Below are a couple of scenarios, which can help you in understanding the law which should be followed in the handling of assets of divorcing expatriate couples:

The Sharia law is implemented on the division of investments and assets which are owned jointly, if there is no will that can be presented onto the courts.

What Happens to Children Following Divorce in UAE ?

In most divorce cases, the children will take the biggest hit with the separation of the parents. Couples are to plan the guardianship of the children early on in order to prevent the kids from suffering during and after the divorce proceedings. In order for couples to avoid chaos, they are to consider the following:

What Happens When Assets in UAE are Held Jointly?

There’s no better method in handling assets that are jointly owned than by having a settlement which is agreed mutually by the parties that are involved. A settlement will be necessary in clearing doubts and defining asset ownership as well as the children’s guardianship. The settlement and/or asset transfer would have to be finalized before the divorce agreement is signed. There is nothing that should be left for future settlement.

Divorce can be stressful for parties involved. If you need guidance and assistance in the matter, don’t hesitate to talk to HHS Lawyers’ divorce lawyers and legal consultants in UAE