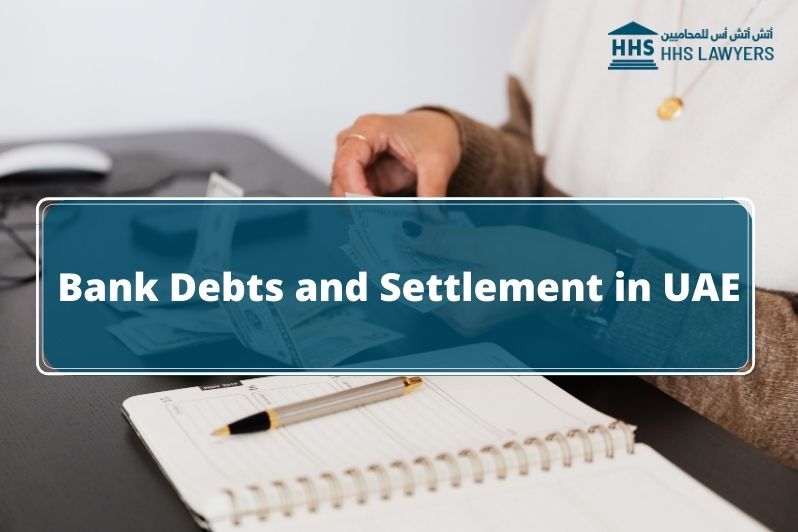 The Central Bank of the United Arab Emirates issued Regulations for the Classification of Loans and their provisions (the Regulations) in November 2010.

The Regulations prescribed that loans and advances made by financial institutions would be classified from levels 1 – 5, according to their conditions, namely:

What is Debt Settlement?

Debt settlement is also sometimes referred to as debt-resolution or debt-negotiation and is a process whereby settlements are negotiated with the debtor’s creditors.

Who is a Debt Collector?

A Debt Collector, also sometimes referred to as a collection agent, is a company or agency that recovers money owed on delinquent accounts. Debt collectors are often hired by companies to collect money that is owed to them by their debtors. These debt collection services are usually offered for a set fee or for a percentage of the amount of debt eventually collected.

The following are some of the services which may be offered by a debt collection agency or company:

How do I recover value of a bounced cheque with help of Debt Collection Lawyer?

The following types of loan facilities are traditionally offered by banks:

Many banks provide promotional and other offers to settle bad and bad debts for individuals, usually providing priority to credit card loans and personal loans.

These offers can sometimes include discounts of more than 60% in the event of an immediate settlement of the outstanding debts or reorganization of the loans at a lower interest rate.

Many banks also offer the postponement of repayments in the event that the debtor has lost his/her employment.

Banks in the United Arab Emirates negotiate the settling of bad debts for individuals on a case by case basis, taking into account numerous factors, for example, the debtor’s income and the extent of their default.

Procedures for Debt Collection in the UAE

Although banks generally prefer to reach amicable settlement terms with defaulting debtors, there are certain legal avenues that it may pursue against its debtors should such friendly attempts at settlement fail.

In the event that the debtor is unable to fulfill his/her obligations to the bank, the bank will send several non-payment or late payment notifications to the debtor before taking any legal action.

The bank can approach the courts by filing lawsuits to demand payment from the debtor, but many banks usually resort to using the security tools in their possession. For example, in the case of real estate mortgages, the bank may resort to selling the mortgaged property in order to pay off the loan, or present a security check for payment and in the event of the check returned as unpaid, both civil and criminal action may be taken against the debtor.

The bank may also approach the courts to have a delinquent debtor declared insolvent.

The Debt Settlement Fund was established in 2011 by a decision of the President of the United Arab Emirates, Sheikh Khalifa bin Zayed Al Nahyan, as an initiative aimed at reducing the burden of personal loans on UAE citizens with limited income.

The Debt Settlement Fund Committee members include representatives from the Ministry of Presidential Affairs, the Office of the Crown Prince of Abu Dhabi, the Department of Finance Abu Dhabi, the Central Bank, and the Judicial Department in Abu Dhabi.

The following debtors have priority when applying to the Debt Settlement Fund:

In order to apply for relief from the Debt Settlement Fund, the applicant must be an employed UAE citizen with a salary or stable income.

Home » Blog » Bank Debts and Settlement in the UAE