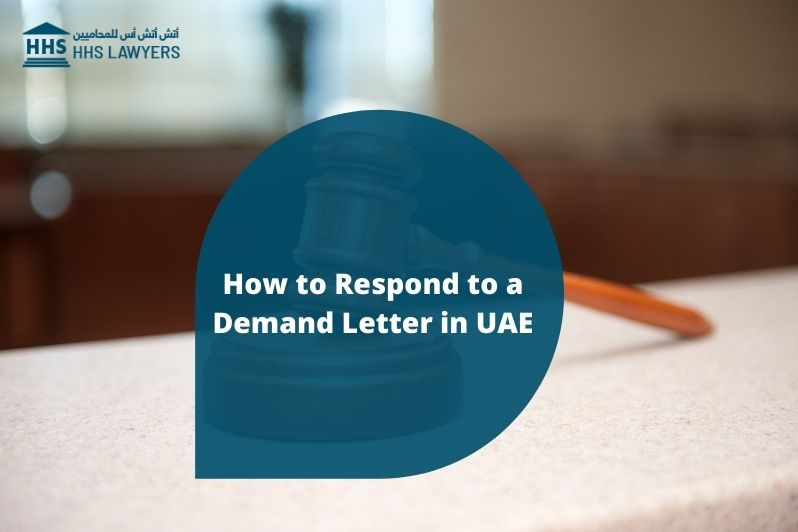 Demand letters are instruments used in order to induce a party in taking a particular action often a consideration or form of payment. If you get one in UAE, then it most likely includes a consequence of some kind of legal action in the event that the demand isn’t met within a particular timeframe.

Your business can suffer severe consequences if it fails in answering a demand letter. Most demand letters sent in the country provide information regarding the need for a written response or response letter. There will also be a certain period of time wherein the receiver of the demand letter should respond.

Although you’re not legally bound in sending a reply prior to the response deadline, the timeframe will give you insight into the eagerness of the letter sender in moving forward with an adversarial process. If you ignore a demand letter, this usually provides the letter sender no other choice than to initiate legal action against your business. If the letter sender has already expended funds in hiring an attorney in UAE and file a complaint against you, there’s often little that you’ll be able to do in order to cease the legal process. In a legal proceeding, the letter sender will most likely argue the fact that you’ve been offered reasonable time in resolving an issue amicably but you’ve chosen to ignore the good faith efforts carried out.

Now that you know the importance of sending a response to a demand letter, here are the steps that you should take:

As soon as you have received a demand letter and read it in full, you need to make a careful assessment regarding the sender or obligee’s arguments and their validity. This includes the money amounts which may be owed to the obligee. Make a note of the discrepancies that you’ve uncovered in the recitation of the obligee of the underlying facts. In addition, make a tabulation for counterclaims or deductions which you feel you’ll be able to assert rightfully against the obligee.

Understand the motives of the sender

Every demand letter in UAE is issued with a certain level of expectation and varying motives. Although most of the demand letters utilize hyperbolic language that’s intended in eliciting full compliance like threatening with a lawsuit, it’s often a bluff that is meant to intimidating a certain kind of settlement. This is often what happens if the obligee thinks that you are lacking legal counsel, unlikely in rebutting the merits of your claims, or naïve with the local legislation. In short, an obligee may feel that by sending a demand letter, there is a chance of walking away with something instead of nothing.

Even in cases wherein the claims of the obligee are frivolous or warrantless, the obligee can still try to bully you and your business into a settlement. This is especially the case if they believe that you will seek ways in order to avoid legal proceedings at all costs.

Hire an Attorney in UAE

If you already retain an attorney, you’ll likely want the professional in responding to the opposing counsel. If you are hesitating in hiring an attorney, consider hiring one as soon as possible. Hire a lawyer or legal consultant in UAE for the sole reason to respond to a demand letter. You can try negotiating a one-time, nominal legal fee. Utilizing an attorney will add legitimacy to your response letter, as well as ensure that it’s written in vernacular and with all the relevant legal arguments.

Get a receipt for the response letter

When you finally send out the response letter, you need to ensure that the attorney of the obligee is addressed. Send the response letter via postal service and email so you can track and confirm the delivery of the written letter. Having a receipt will let you have some kind of tangible evidence for the response letter being delivered and accepted to the other party. You also have to save the documentation and store it safely as you might need to utilize it during future legal proceedings.

Lawyers and Legal Consultants in the UAE

It is important for you to have legal counsel in responding to a demand letter. What is at stake if you don’t? If it is a criminal case, you may be spending some items behind bars. With a civil case, you’ll be hurt financially. Remember that if you happen to win with a civil case, you can claim legal fees. This means hiring a seasoned lawyer in the UAE will be able to make or save you money.

If you want to know more about UAE legislation and how to handle legal processes, contact us here at HHS Lawyers.