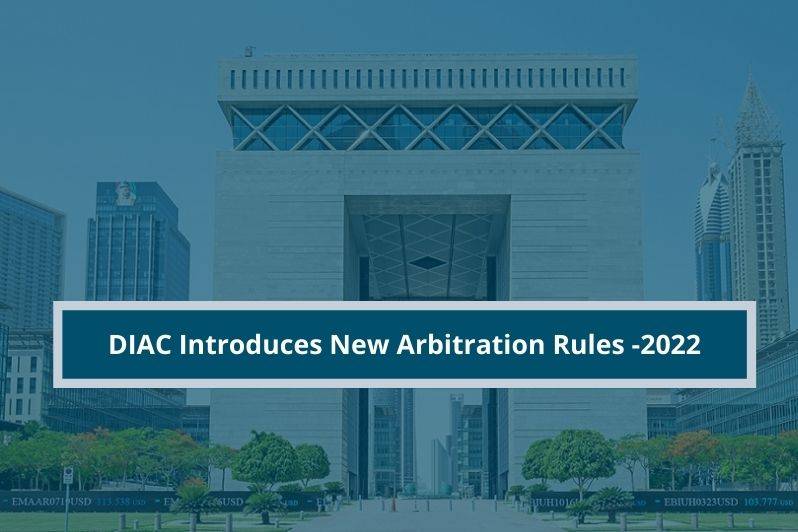 As part of its efforts to consolidate Dubai’s position as a worldwide alternative conflict resolution centre, the Dubai International Arbitration Centre (DIAC) has approved its revised 2022 Arbitration Rules. Following examination by the Arbitration Court of the DIAC, the amended Rules were accepted by the DIAC’s Board of Directors during a board meeting held on February 25 2022. The revised rules were written by a specialized task group, including regional and international arbitration practitioners and the DIAC’s Secretariat members. The revised Rules reflect the current advancements in the area of international Arbitration and the increasing demands of the business community. They are intended to enhance the efficiency of the arbitration proceedings and guarantee that the users would benefit from a wide variety of enhancements.

The DIAC, a non-profit organization that offers arbitration services to regional and international enterprises, was founded in 1994 and is the Middle East’s biggest arbitration centre. The DIAC’s primary goals are to position Dubai as a worldwide leader in alternative dispute resolution, promote ADR services, and serve the international financial and commercial sectors. It has processed over 3,757 cases since 2007. The International Arbitration Survey, conducted jointly by the White & Case law firm and the Queen Mary University of London, has ranked it one of the top 10 centres in the world.

His Highness Sheikh Mohammed bin Rashid issued a decree in 2021 that dissolved the Emirates Maritime Arbitration Centre (EMAC) and the Dubai International Financial Centre Arbitration Institute, combining their activities and assets into the DIAC.

To achieve these goals, DIAC’s Board of Directors (Board of Directors) passed its much-awaited new arbitration rules on February 25, 2022. (The New Rules). The New Rules shall take effect on March 21, 2022, and will govern any new requests for Arbitration and extraordinary processes such as the appointment of an emergency arbitrator or an application for conciliation received after that date, unless the parties agree differently.

The New Rules establish mechanisms for settling certain disputes on an expeditious basis. Article 32 of the New Rules states that expedite processes shall take place:

You may also read –  Arbitration and Reconciliation

In the event of a three-member tribunal, each party must choose a co-arbitrator, and the parties may agree on a procedure for selecting the chairman. Without an established method, the co-arbitrators will choose the chairman jointly unless the Arbitration Court appoints the chairperson.

In the Case of Multiple Claimants and Respondents

The modifications look to be a significant step forward, making DIAC a more appealing prospect for contractual parties. It will be interesting to examine how the New Rules work in reality and if this modernization of the DIAC rules would encourage local and regional parties to choose DIAC over other international arbitral institutions.

This informative article contains general information. It is not intended to be used as legal advice and should not be relied upon as such. Before taking any legal action, it is always advisable to obtain legal counsel from a knowledgeable lawyer on the legal concerns impacting you. HHS lawyers and legal consultants specialized in dealing with issues relating to Arbitration. Should you want to know more about the Newly introduced Arbitration Rules of DIAC and regarding the procedure for filing an arbitration request before the Court or at the Arbitration centre, don’t hesitate to contact us.