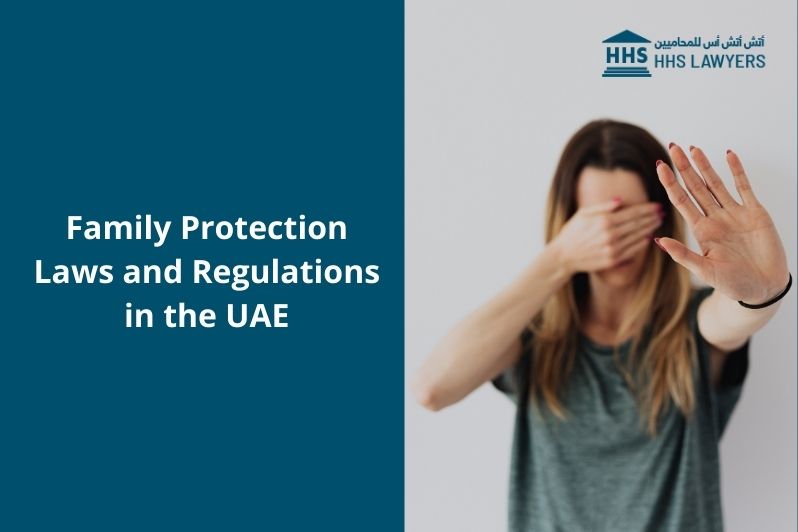 The protection and security of families are of prime importance in the UAE. This was confirmed by the adoption of the Family Protection Policy (the Policy) in November 2019. Family protection is defined in the Policy as protecting family members from any abuse, harm, or threat committed by a family member or similar against another family member, bypassing his state, guardianship, maintenance, authority or responsibility, and it results in material and psychological harm.

The Policy seeks to strengthen and maintain social ties in the UAE’s families and communities, increase awareness of domestic abuse and train staff to detect potential dangers and intervene more efficiently.

The Policy specifically identifies women, children, the elderly and people of determination as groups requiring protection from any type of violence or abuse and includes mechanisms for the development and implementation of:

A number of initiatives will also be launched as part of the Policy, namely:

Forms of Domestic Violence in term of the Policy

Legislation for the Protection Against Domestic Violence

In addition to the Policy, the President of the UAE issue Federal Decree-Law No. 10 of 2019 concerning Protection Against Domestic Violence (the Domestic Violence Law), which amongst others, gives the Public Prosecution Authority the power to issue a protection order, of its own accord or based on the victim’s request, to deter violent action and protect the victim’s body, well-being, and economic status.

The protection order may specify the following:

Article 7 of the Domestic Violence Law further specifies the protection order may be issued for a minimum period of 30 days, which may be extended twice. The third extension must be granted by a competent court for a period not exceeding 6 months. Either the defendant or the complainant may petition against the restraining order within seven days from the date of issue of the protection order.

And Article 8 of the Domestic Violence Law provides further that punishment for the breach of a protection order can be imprisonment for a period of 3 to 6 months and a fine of between 1000 and 10,000 AED or either of these 2 penalties.  The aforementioned penalty may be doubled in circumstances where the breach involved violence.

Article 9 of the Domestic Violence Law stipulates that any person committing any of the acts of domestic violence, defined in the Law as acts of physical, psychological, sexual or material abuse, shall be punished with imprisonment for a period not exceeding six months and a fine not exceeding 5,000 dirhams or either of these 2 penalties. The Domestic Violence Law also makes reference to the provisions of the UAE Penal Code, giving the court the discretion to double the aforementioned penalty if the defendant re-commits any of the acts of domestic violence within a year of committing the previous act.

Article 10 of the Domestic Violence the Law further talks to the possibility of conciliation between the parties as it makes reference to the provisions of the Criminal Procedure Law No. 35 of 1992, which in turn provides rules and procedures for amicable settlement of the matter.

Our family lawyers in Dubai can give you more about this service.