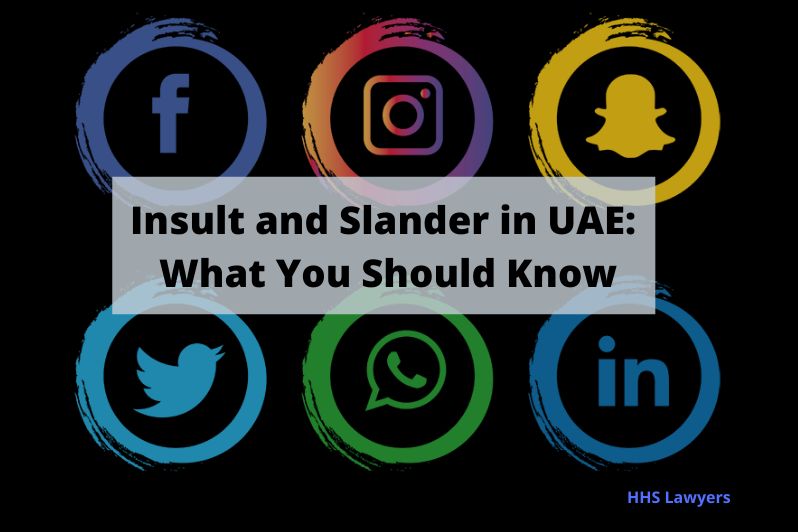 Unlike countries such as the United Kingdom and the United States of America wherein defamation is dealt with through civil lawsuits, insult and slander in the United Arab Emirates are considered a criminal offense. The majority of the population in the region consists of expatriates and the number of cases for defamation has increased significantly.

There are several major offenses under insult and slander that are outlined in the Federal Law 1987 No. 3. Article 372 contains the regulations on the publicity that exposes a victim to contempt and/or hatred from the general public. As for Article 373, it sets out the provisions in which an offender makes false accusations that result to the discrediting or dishonoring of the victim in the eye of the public.

For instance, with defamation, it includes the act of publishing defamatory remarks in any medium or form of media. For such, the situation was created intentionally therefore the offender gets a punishment of a 2-year sentence and a fine. For slander, if it is done in social media, through an electronic message, or in person with witnesses (third party), the offender will be punished with the detention of a maximum of 6 months. The offender may also be fined of a maximum of Dh5,000, as per the UAE Penal Code Article 374.

If a defamatory statement is published, a case must be filed no more than three months from when the statement was published. As soon as the criminal complaint is filed, the police will have to investigate the indication of slander or defamation. Once confirmed, the case will then be referred to the UAE Public Prosecutor. In the country, it is also considered as a crime to insult a religion even in social media. It is punishable by law with up to 7 years of imprisonment.

WhatsApp and Social Media in the UAE

If you want to know more about insult and slander, don’t hesitate to reach out to our criminal lawyers in UAE for a consultation.

Home » Blog » Criminal Law » Insult and Slander in UAE: What You Should Know