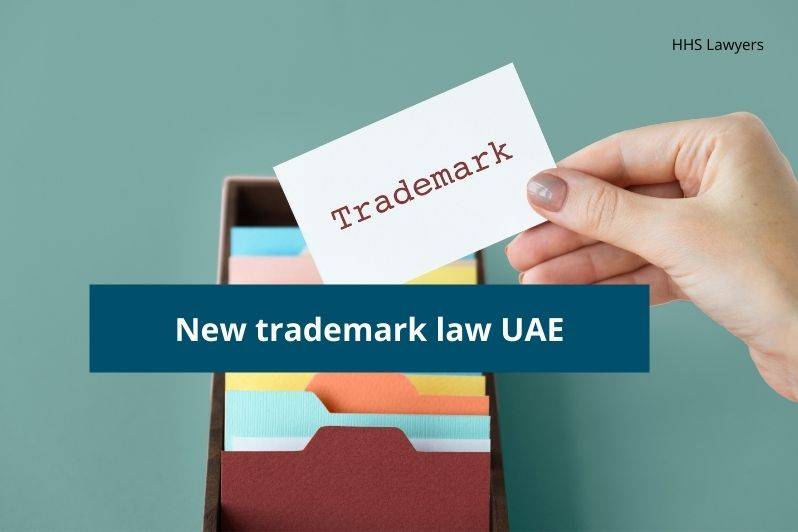 His Highness Sheikh Khalifa Bin Zayed Al Nahyan, President of the United Arab Emirates issued decree No. 36 of 2021 on 20/09/2021 in relation to the law on Trademarks. Such a law came into effect on 2nd January 2022.  With the introduction of Law No 36 of 2021, the existed previous law, namely Federal Law No. 37 of 1992 together with its amendments have been repealed. However, it is to be noted that, the law passed will not operate in retrospect so that, any decision made prior to Law no 36 of 2021 will remain valid.

What is a Trademark?

In terms of Article 2 of Law No. 36 of 2021, a trademark is considered to be a distinctive mark that includes, names, signatures, words, symbols, letters, addresses, numbers, drawings, seals, pictures, packing, engravings, shapes, figurative elements, simples colours, colour combinations etc. also, any sign which is three dimensional, a mark depicting a hologram or any other mark which is used to distinguish goods or services of one undertaking from those of other undertakings including an olfactory mark (smell mark) are considered to be trademarked under the new law.

Things which are not Trademarks

Article 3 of the Law No. 26 of 2021 stipulates certain types of marks which not capable of being recognized as trademarks. Some of them are as follows:

Read more : How to protect Trade Secret in UAE with a Non-Disclosure Agreement

As per Article 4 of the Federal Law No. 36 of 2021, no one is permitted to register a mark with a reputation and is operated outside the UAE, without the permission of the owner of such a reputed mark. A mark is considered to possess reputation, depending on the extent to which the mark is rooted in the mind of the relevant consumer and how strong the goods or service with which the mark is associated is brought to the mind of the consumer when encountered with the mark. To assess reputation, components such as the targeted audience to which the mark is presented, the market share held by the mark, the investment carried out in marketing the mark will be taken into account in assessing the level of reputation of a mark in question. A well-known mark may not be allowed to be registered for dissimilar goods or services if there exists a possibility of creating a link between the mark in issue and the dissimilar goods or services in relation to which the registration is sought.  Further, registration will be denied if the new registration seeks to derogate the rights of the owner of the trademark.

Registering a group of trademarks

In terms of the new law on trademarks, with a single application, a group of trademarks can be registered provided such marks essential key elements are identical or similar and should any difference to exists, the differences may lie in relation to subjective elements of the mark such as the colour of the mark provided that, all the goods or services shall fall within the same category of goods.

When simultaneous application reach for trademarks registration in relation to similar categories of goods or services, until such time a final determination of the court id delivered on such time or parties arrive at an amicable settlement, the registration authorities shall not proceed with the registration.

Grievance against refusal or suspension of trademarks registration.

Home » Blog » Trademark » The New Trademark Law in the UAE