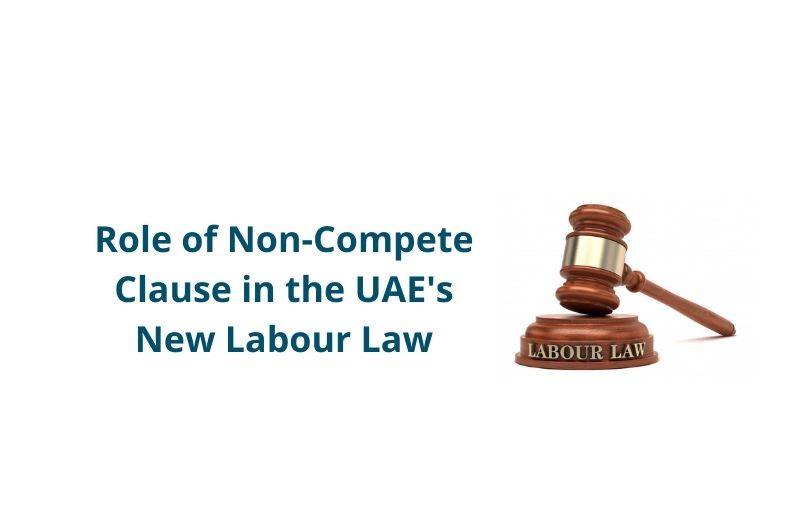 UAE’s New Labour Law now govern labour relations in the private sector. Federal Decree-Law No. 33 of 2021 was enacted on February 2, 2022, repealing and replacing Federal Law No. 8 of 1980. As a result of the significant changes to labour law, employers will need both new employee agreements and revisions to current employment contracts and policies and procedures. It is anticipated that the UAE government will issue administrative rules to guide the new legislation. The non-competition provision is one of the most significant changes in the new legislation.

Article 10 of the new legislation, which controls the non-compete clause of contracts, also introduces some amendments made to the former law, significantly reinforcing an employer’s rights.

What exactly is a post-termination limitation?

In their simplest form, post-termination limitations are contractual measures that aim to preserve an employer’s company by restricting workers’ actions after the termination of employment. The non-compete clause is the most well-known kind of post-termination restriction. These provisions aim to prevent employees from working for or establishing a company that competes with their employer.

It is not, however, the only sort of post-termination limitation.

Non-poaching, non-dealing, and non-solicitation agreements, although likely less often used, may benefit an employer. These provisions have the following effect:

Restrict a former employees from bringing other staff with them when they leave.

Prohibit a former employee from engaging with clients/customers/suppliers regardless of who contacted whom; and

Protect the previous employer’s clients/customers/suppliers from being poached.

What is Non- Compete Clause?

A Non-Compete Clause (NCC) is a legally binding agreement in which an employee agrees not to work for a rival business or to begin a related trade or profession for a certain period of time after leaving his current employer. By drafting such an agreement, employers can protect valuable information (such as intellectual property) and prevent former employees from exploiting sensitive data such as trade secrets, customer/client lists, marketing plans, and so on if they decide to work for a competitor or start a similar business.

If the employee’s work allows him to become acquainted with the employer’s clients or gain access to the secrets of his work. In that case, the employer may obligate the employee that he may not compete with him after the contract’s termination or participate in any business interest competitive to the employer’s. The old Labour law prohibits an employee from working for a future employer who competes with their previous employer’s company; nevertheless, the former employer was not compelled to restrain the employee by signing a ‘Non-Compete Agreement.’

You may also like – How is gratuity computed under the new UAE labour law?

However, as per the new labour law, under Article 10, the employer is statutorily required to enter into a Non-Compete Agreement with the employee to safeguard its commercial interests. Article 10 of New Labour Law states that:

Suppose the work assigned to the worker exposes him to the employer’s clients or gives him access to the employer’s trade secrets. In that case, the employer may require that the worker shall not compete with the employer or engage in any competing project in the same sector after the contract expires, provided that the requirement is specified in terms of time, place, and type of work, to the extent necessary to protect the legitimate business.

In other words, Article 10 of the New Labour law provides for the following conditions about Non- Compete Clause under the Employment contract:

a) A specified period, not to exceed two years, during which the employee is prohibited from working for a prospective employer that competes with the former employer;

Above all, the former employer should complete a Non-Compete Agreement with the employee, subject to whether the employee has access to information deemed sensitive.

In addition to some of the most recognized labour attorneys in Dubai and other Emirates, HHS Lawyers & Legal Consultants is made up of a diverse group of legal professionals. To help you become a better and more responsible employer, we provide a broad range of services, including UAE New Labour Law legal guidance. For us, it is critical that employers be aware of and adhere to employment laws. Because of this, as UAE labour law experts, we guarantee that you are aware of all aspects of this and give you UAE labour law guidance.

One of Dubai’s most prominent labour law companies has been around for more than a decade already. With their extensive knowledge of local legislation and procedures, our skilled attorneys are able to offer you great service while following international standards. When it comes to providing the best possible service, we are unrivalled in the industry.

For more information relating to the New UAE Labor Law, please don’t hesitate to contact us.