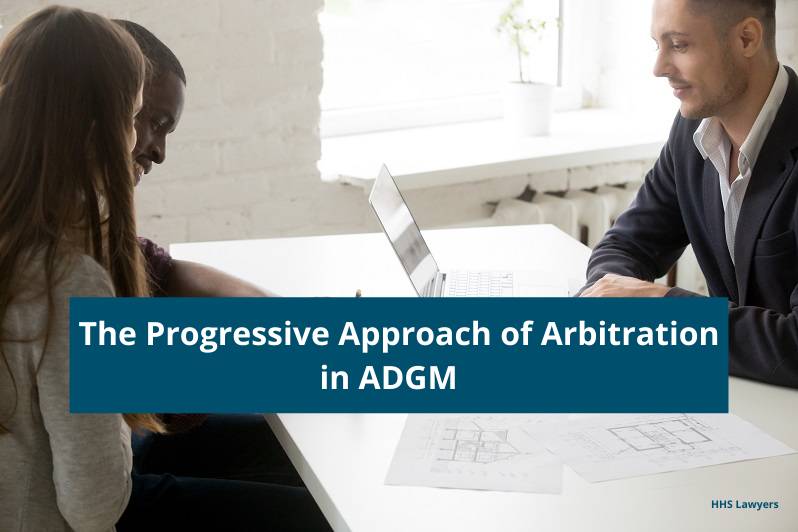 Arbitration Regulations of 2015 are governed for arbitration in the ADGM  (Abu Dhabi Global Market), formed under Federal Law as the commercial and financial free zone in the Capital City of the United Arab Emirates. The Arbitration Regulations preside over in Abu Dhabi Global Market (ADGM) Jurisdiction. It has also the Jurisdiction to work for the implementation of all arbitral awards.

Abu Dhabi Global Market is the first example in the whole Middle East Jurisdiction that has adopted an extensive range of English statutes on civil matters from English Common Law.

The ADGM Board of Directors:-

The ADGM Board of Directors (ADGM Board) is authorized to endorse Legislation, Rules, and laws for ADGM jurisdiction.

HHS Lawyers are concerned about Arbitration rules and Regulations being active in Arbitration Practice closely observing the process of Arbitration in the UAE. While commencing the Arbitration Rules and Regulations, the Board of ADGM decided to promulgate a wide-ranging set of laws to preside over the arbitration and to enforcement of Arbitral Awards within ADGM Jurisdiction to achieve their objective through the top-notch judicial system and regulatory regime.

You may also like – Arbitration procedures and practice in UAE

United Nations Commission on International Trade Law (UNCITRAL) enacted on 21 June 1985 that is a Model Law on International Commercial Arbitration (1985), with improvement as adopted in 2006. The Model Law is premeditated to support States in transformation and modernizing their laws on the arbitral procedure to take into account the particular features and needs of international commercial arbitration.

It would be worth mentioning that in ordinary/general approach of ADGM courts is based on English Law while the Arbitration Regulations promulgated by ADGM  follow the UNCITRAL Model Law for modernization and universally practice in international arbitration encouraging the international concept of arbitration as an example for financial, business and commercial disputes for the satisfaction of the investors.

Court intervention is discouraged in the arbitral proceedings in the ADGM Regulations. The tribunals have the power to take cognizance and dispose of the issues under their jurisdiction. The arbitral award is unchallengeable. There is very limited scope to review the Arbitral award by reappraising the merits of the disputed issue.  The tribunal has been made impartial and independent and impartial according to the Regulations. It is also ensured in the regulations that the issue between the parties in tribunals must be dealt with due process of law and equal treatment of the parties may be ensured.

While bringing into force the amendments and modifications to make the rules and regulations modern and progressive according to internationally accepted arbitration practice. The following are Important changes and improvements as discussed below:-

All the arbitral proceedings conducted in ADGM are kept confidential and may not be disclosed to a third party except in accordance with the law.

All proceedings concerning arbitration are held in a closed Court.

The third-party can be part of proceedings during ADGM court while administering the Arbitral award or any Arbitration process. The Regulations provide the process of how 3rd parties can be impleaded by adopting the following ways accredited to the available rules:-

Compromise between the Party or Waiver Of Right:-

The ADGM  Arbitration is comprehensive and supportive provisions on various concerns connecting to the hold the arbitration proceedings includes an extensive range of accessible remedies to aid the parties specifically and the course of action generally.

The ADGM arbitration rules in pursuant to UAE federal arbitration law are a great initiative being transparent, modern, and progressive. It is a step ahead to walk through along with the world-class best practice in the arbitration rules, regulations, and proceedings accordingly in the whole region (Middle East) exercising by the ADGM Jurisdiction to make its stakeholders more satisfied.

You may also like – Arbitration and Reconciliation in UAE