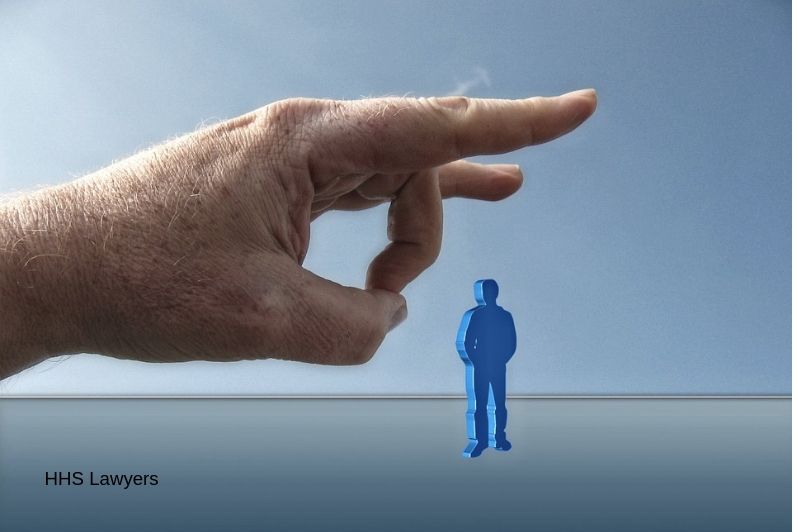 The UAE legislation stipulates some rules to regulate the matter of termination of an employment contract whether it is initiated by the employer or the employee. UAE labor law recognizes that there may be circumstances in which an employee is unfairly dismissed and expressly provides the right of an employee to claim compensation.

Arbitrary dismissal is a kind of termination or coerced resignation for unlawful or unproven reasons, and it is against the specific rules and regulations set down by the UAE labor law.

Compensation for arbitrary dismissal of an employee

If any employer terminates the employment of an employee without any valid reason, it may be termed as arbitrary termination.  An employee’s services are deemed to be terminated by the employer if the reason for termination is not relevant to the employee and more particular if the employee has submitted a serious complaint to the competent authorities or has instituted legal proceedings against the employer that has proved valid.

When an employee is arbitrarily dismissed, UAE courts may order the employer to provide employee compensation. A court shall access the amount of compensation with due regard to the nature of the work, and the amount of prejudice in a particular case.

If an employer can provide proof that it is   having economic crises, then the employee may not be in a position to claim compensation on the basis of arbitrary dismissal.

Arbitrary dismissal occurs when an employer terminates the contract by unfair or insufficient reason. It can occur in various forms, and some of the common reasons have been detailed below.

Employers cannot terminate on the basis of race, nationality, religion, gender, or age.

Under the Whistleblower Law, an employee who falls under whistleblower protections should not be fired for reporting an employer’s legal violation or for the similar activity that is against the law.

An employer is not permitted to fire an employee if he/she refuses to commit an illegal act.

If an employee has faced any assault from the employer during the working hours, contract termination can be on the basis of arbitrary dismissal.

In case if an employer forces to submit the resignation of an employee under threats of termination or citing performance-related issues, damages to property or any other reason, it is considered an arbitrary dismissal.

Demotion or forced transfer with low pay is also considered as a form of arbitrary dismissal.

Loss of any kind should be reported to the Ministry of Labor with proof within 48 hours of knowledge of the incident that resulted in such loss. If the employer has not reported such loss, a termination based on this reason is considered as arbitrary dismissal.

If an employer provides a valid reason for termination of the contract of an employee then it cannot be termed as arbitrary dismissal. Reasons such as

Employees can also be terminated because of economic crises this is a legitimate reason for redundancy and the employer is obliged to provide notice and a salary for a period of 30 days as per UAE law. This reason will not be termed as arbitrary dismissal so no additional salary will be payable.

Note: As per UAE law, any employee in the organization who has completed at least one year of continuous service with an employer is entitled to an end of service gratuity payment on termination of their employment contract.

If you believe that you have been arbitrary dismissed, you can seek the help of employment lawyers in UAE and they can help you file a case against the employer with the Ministry of Labor. Interpretation of labor laws is complicated, try to seek legal advice from employment lawyers who are experts in dealing with employment laws.

Hassan Humaid Al Suwaidi., LL.B.
Hassan Humaid Al Suwaidi., LL.B. is a Senior Partner in HHS Lawyers. He has 20 years of experience dealing with high-value and complex cases. Frequently featured in local and international legal directories and commended for his ability to attain favorable outcomes for clients, Hassan has been involved in some of the largest legal settlements. A major part of his work is providing expert legal advice on UAE legislation and acting for individuals and businesses during disputes and litigation. Read more
Previous Post Mandatory Medical Insurance Coverage for Employees in Dubai Next Post Steps to Get Married in UAE

Abusive Language Used at the Workplace

Entitlement of Sick Leave During Probation for Employees in UAE