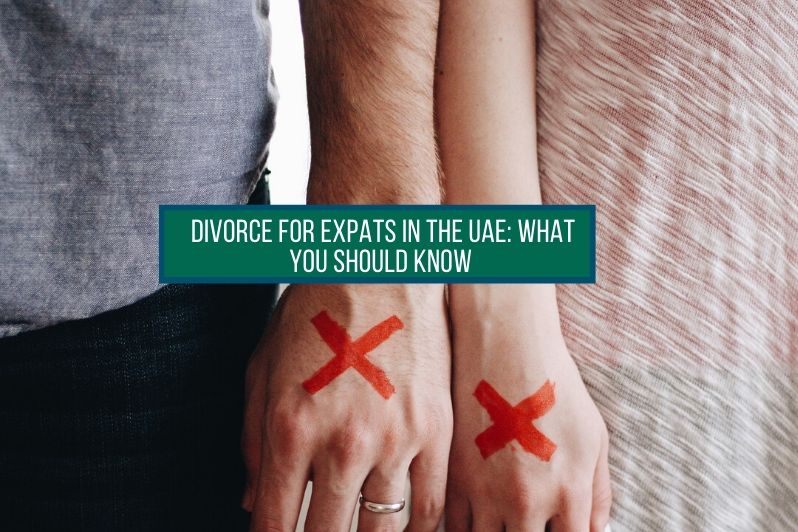 When marriages end, they get complicated. There are a number of legal matters that require resolution – parenting custody, properties, and finances among others. Divorce in UAE among expats is actually high as Emiratis only make up a third of all legal separation cases in the country. Also, it is important to get educated on the matter as one in four marriages in the country end in divorce eventually.

According to the UAE government, divorce cases have reached high records and this can be attributed by several reasons such as poor communication between the spouses, marital infidelity, financial strain, cultural and religious clashes or simply differences in expectations regarding the marriage

Regardless of the reason for the divorce, it is best to handle marital troubles amicably. If separation is only the route that is practical for a married couple, then it has to be made official.

In order to give you a clear picture as to what is involved with divorce for expats in UAE, we’ve put together a guide that will explain the process in detail.

Foreign nationals may divorce in UAE if they meet the following conditions:

If parties plan on applying the legislation related to marriage and divorce from their home country, then they must file a petition before UAE courts under Federal Law 2005 No. 28 for Personal Affairs Article 1.

If the wife and the husband are of different nationals, the procedure will be more complicated as the laws of their home countries can differ from each other. There may be legal problems related to child custody, child support, asset division, and more.

Expats in the United Arab Emirates may file for divorce that’s under the UAE government. This means when a local court in UAE is being summoned, it will be the one to decide on the divorce proceedings. This also means the wife and the husband are to follow the Sharia Law rather than the legislation of their respective home countries.

Take note: this can lead to certain parties being unhappy as to the outcome of legal proceedings. They may request for an appeal and an appeal will result to another set of emotional and financial discussions. It is advised to seek the legal counsel of divorce lawyers in UAE to settle matters raised by parties to a divorce.

Divorce Legislation for a Muslim Couple in UAE

If the married couple is Muslim, or if one party is Muslim, then the Sharia law can be applied for divorce proceedings. For a situation wherein one spouse wants divorce while the other wishes to reconcile, it will be eligible for a case for divorce.

How to File Divorce in UAE?

Do you have questions regarding divorce for expats in UAE? If so, call us today for a consultation with divorce lawyers.

Home » Blog » Divorce lawyers » How to Divorce for Expats in UAE?