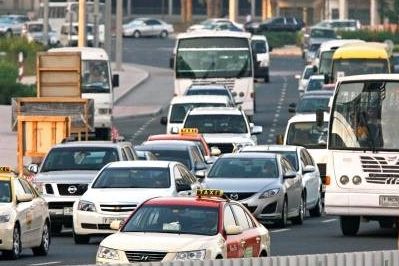 Being involved in a road traffic accident can leave you with anything from minor bruising to serious head or spinal injuries. If unfortunately you get involved in a horrific road accident in Dubai, which was not in any way your fault, then you may be entitled to a compensation claim against personal injury. In a situation where the accident occurred while traveling in a taxi, bus or train then you may be entitled to claim from an insurance company. But with respect to personal injury claims, there is always the problem of the claiming compensation amount. In this article, we will provide a brief overview of how court procedures in Dubai influence the compensation claimed and factors which may come into play while the proceedings.

By virtue of Art 282, 283 and 284 of the Federal Law No. 5 regarding Civil Transactions of 1985, road accidents causing personal injury in Dubai will fall under tortuous liability and the damages are calculated based entirely on the direct or indirect connection between the party that commits the act and injury party. The injured victim becomes entitled to all the damages and loss incurred as a result of the accident which may include any damages to clothing, property, psychological, and moral harm.

In Dubai, the amount of compensation varies from case to case and it depends on factors such as:

Before awarding damages to the victim, the judge will take these above factors into consideration and the amount to be paid is at the discretion of the judge. However, in order to claim compensation by a victim, a fault needs to be established. Tortious liability consists of three basic elements which include fault, damage, and a causal link. Events caused by itself is not enough to create legal liability. And proving a fault and damages existed will often be held to entail a presumption of causation link which may be rebutted upon the intervention of a foreign element. Another procedure of establishing causation is through ‘’but-for’’ test which inquires ‘But for the defendant’s act’’, would the harm have occurred’? It asks was it ‘necessary’ for the defendant’s act to have occurred for the harm to have occurred. The presumption may be rebutted through the intervention of a foreign element, for example, a third party’s act, or a victim contribution.

The concepts like negligence, the duty of care and factual causation do not exist in the laws of Dubai. Nonetheless, they exist in principle and are enforced regularly by the courts. One has to go through the complex court proceedings so as to claim compensation—which of course is based solely at the court’s discretion.