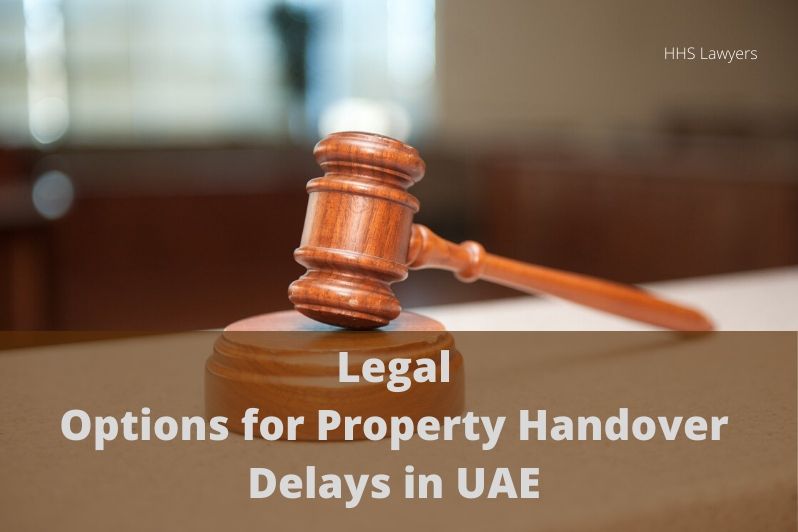 There are many people who face property handover delays and many options are available for the investors who are currently facing such situations. There are many issues raised in Dubai courts regarding delayed property handovers and they seek proper remedy for the delays. There are several different legal options available for handover delays but it would mainly depend upon terms mentioned in the contract.

If the delayed handover is within the force majeure (a clause in the contract that removes liability for unavoidable circumstances, such as catastrophes), then the purchaser will be unable to terminate the contractor or developer and/or claim any compensation for the delay.

In the case of when the property is delayed beyond the grace period mentioned in the sale and purchase agreement, then the purchaser can go for a claim for such delayed handover.

If the developer fails to perform duties laid out in the contract, the legal options available for the purchaser are as follows:

Other options for dealing with property delays

The property dispute can also be settled amicably by seeking any of the dispute resolution methods. The case can be transferred to the dispute resolution center at Dubai Land Department or DLD. The DLD has access to all the records of development in the emirate. An expert team for dispute resolution can handle all the concerns regarding properties and delays in handover. Take note: the decision of the team is binding on all the parties.

Options for the property developer for any breach by the purchaser

Take note: before going for a legal option, it is better to check whether the project is canceled by RERA. Real Estate Regulatory Authority may cancel projects if it finds acts against any rules or contravenes any regulation of the Dubai municipality.

Property lawyers in the UAE

If you are facing any relevant issues of property handover delays, then it is better to seek the legal opinions of experts which are lawyers. They can help you to review the contract and also help you by providing all of your options legally. We at HHS lawyers can help you deal with such property cases and all property-related disputes. You may contact us for further consultation.

Which department in Dubai deals with property issues?

Can Dubai authorities impose penalties for a delay in property handover?

Dubai authorities have the right to impose penalties for a reasonable delay even if the date of completion is mentioned or not mentioned in the terms of the contract.

Can I sue a builder for poor workmanship?