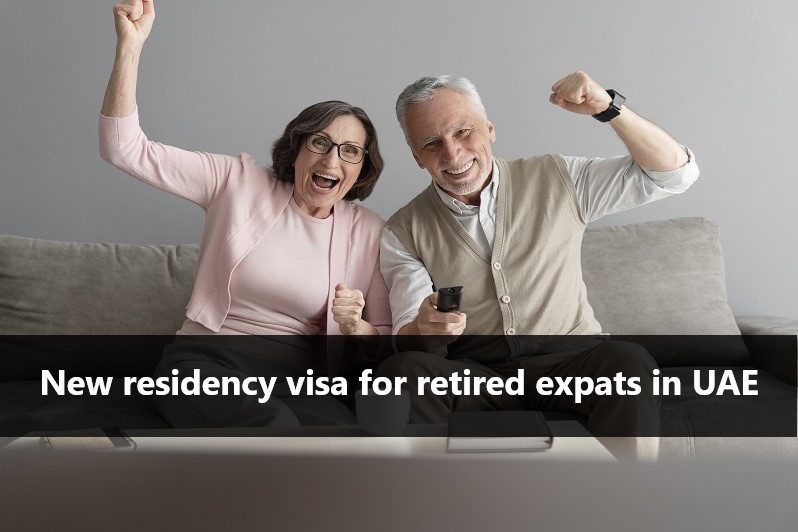 The United Arab Emirates (UAE) has announced the introduction of a new residence visa for retired expats residing in the nation. Sheikh Mohammed bin Rashid Al Maktoum, Vice President, Prime Minister, and Ruler of Dubai made the statement on Twitter following a UAE Cabinet meeting at Expo 2020 Dubai. It reads as follows “Today, we approved the conditions for granting resident permits to retired foreigners.

This will allow retirees to stay in the UAE longer. Everyone is welcome in our nation.” The news comes after the introduction of ‘Green’ and ‘Freelance’ visas, which were previously announced. The Green Visa allows entrepreneurs and pioneers to sponsor their sons until they reach the age of 25 and parents. In contrast, the Freelance Visa permits company owners or self-employed persons to permanently stay in the United States. Entrepreneurs and pioneers could previously only sponsor their sons until they reached the age of eighteen.

Who are eligible for retirement residency in the UAE?

According to the amendment, a retiree will be eligible for retirement residency if they meet one of the following conditions. The conditions are:

The UAE Cabinet adopted a measure in September 2018 that would grant retired residents over 55 a 5-year long-term visa. If the qualifying conditions are satisfied, the visa may be renewed. A retiree must meet one of the following conditions to be eligible for a 5-year renewable retirement visa:

The visa is valid for five years and can be renewed provided they fulfil the qualifying requirements.

The decision, which the UAE Cabinet approved during a meeting, is expected to attract this “valuable category” and help the UAE achieve “greater flexibility in terms of residence regulations and visa requirements.”

The Amendment Help to Strengthen Tourism Growth in the UAE

In September 2018, the UAE Cabinet approved a law granting retired residents over 55 a five-year long-term renewable visa. The change would help to recruit this crucial group. Encourage the UAE to achieve more flexibility in terms of residence regulations and visa requirements. The program will make a significant contribution to tourism growth. Not only that, but the UAE attracts high-net-worth people. In the United Arab Emirates, there are an estimated eight million foreign employees. Expat retirees would undoubtedly make a significant contribution to the tourist industry. Receiving relatives and friends and continuing to live the high-quality lifestyle they have grown to expect.

At the Cabinet meeting, further announcements were authorized:

Sheikh Mohammed also authorized several other decisions at the meeting, including the testing of automated transportation. The UAE will be the first country in the Middle East and the second in the world to test self-driving vehicles, advancing Dubai’s Self-Driving Transport Strategy, which seeks to convert 25% of all mobility travels in the Emirate to driverless journeys by 2030. In August, Dubai’s Roads and Transport Authority (RTA) announced that one out of every 20 taxis in the city will be driverless by 2023.

RegLab, a Cabinet effort that provides a safe test environment for laws and will oversee the usage and uses of future technology, will conduct the testing.

If it adopts the technology in collaboration with appropriate authorities, the ministry will submit a report to the Cabinet for permanent approval in the future.

Contact HHS Lawyers and Legal Consultant Today to get more information about the residency visa for expat retirees.