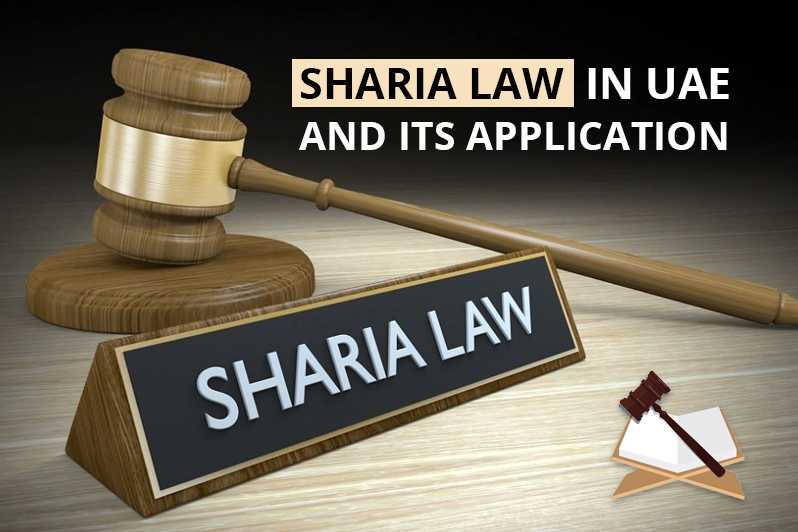 UAE legislation is primarily based on Sharia law, also referred to as the Islamic law. Sharia law is religious legislation which lays down the governing principles for mental, physical, and spiritual behavior which should be followed by all Muslims and in Muslim countries.

Sharia law categorizes all the acts of men into five different categories, which are:

Sharia Law on Banking and Finance

Sharia law encourages individuals in involving themselves into trading. Trade has to be performed in a beneficial and faithful manner, which forms the basis for Islamic business. Malpractices and trade manipulations, such as black marketing, hoarding, adulteration, and profiteering are considered as dishonest trade activities.

Islamic finance is the method for regulating the financial system which abides by the Sharia law. Fundamental principles which govern UAE banking and finance are as follows:

Sharia law is also used for inheritance regulations in the UAE.  For instance, if the husband of a woman in UAE passes away, she’s entitled to an eighth of the properties and assets of the deceased husband. If the couple did not have any children, then the share of the wife will rise up to one quarter of the deceased spouse’s total assets.

You may want to know more: All you need to know about Inheritance Sharia Law in UAE Law

The UAE is a home to a diverse demographic as it welcomes people from across the world. It is crucial to understand that although Sharia law is the primary source for guidance with UAE legislation, it isn’t the only source. This means in some situations, UAE expatriates have the choice in following the legislation of their home countries instead of the UAE laws.

You should know: Registering a Will in the Abu Dhabi Courts: All you need to know

Sharia Law on Equality and Punishment

In Sharia law, there are different categories for offenses: offenses that are prescribed with specific punishments in the Quran, those that will fall under the discretion of a judge, and those which are resolved through tit-for-tat measure. Punishment for offenses mentioned in the Quran, including false accusations of unlawful sexual relations or intercourse, highway robbery, theft, and wine drinking, are stoning, execution, amputation, flogging, and exile. In reality, these sentences aren’t typically prescribed and UAE doesn’t utilize the traditional Islamic punishments.

Minor and major displays of affection in public, including kissing and holding hands in public, are socially unacceptable. Although there are slightly different rules applied in western hotels across the country, it is still not recommended to go overboard.

Bearing such in mind, one shouldn’t be surprised that other Middle Eastern countries will ask people to dress conservatively. Topless or nude sunbathing and public nudity are all illegal. The dress codes in UAE are enforced by the legal authorities. Dressing in a manner that’s provocative generally attracts unwanted attention. When you are not sure with what clothes or style is appropriate, then we suggest you take a look at the way local people dress or ask for advice. It’s especially important in Ajman and Sharjah where Sharia law has been enforced strictly.

Sharia Law on Discussions of Faith

Preaching and distributing non-Islamic religious materials to Muslims are acts which are publishable by imprisonment then deportation. This may also include simple discussions of faith or even when those who were discussing did not think that they were preaching. While you may perceive a conversation as a discussion on the benefits of Bikram Yoga, such can be classified as preaching Hinduism.

During Ramadan, smoking, drinking, and eating are all forbidden from sunrise to sunset. Non-Muslims are also expected to follow the principle, most especially in public.

To know your rights and obligations as per the UAE legislation, call us here in HHS Lawyers in Dubai today!