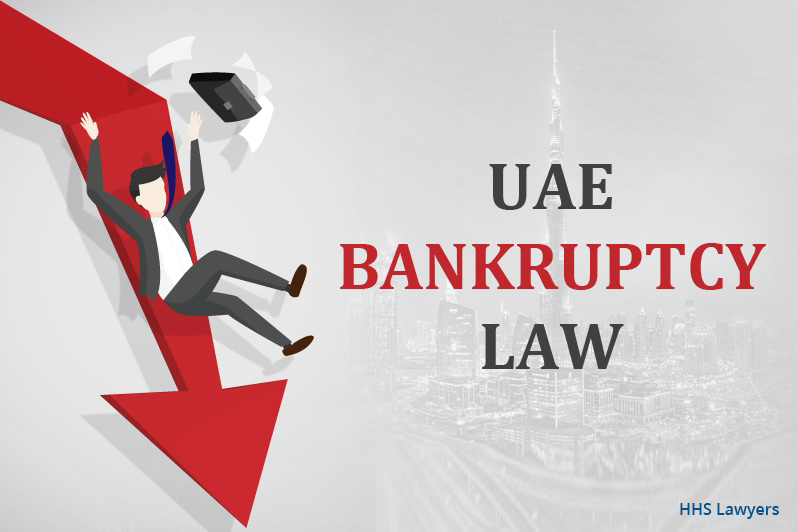 What is Bankruptcy Law?

The UAE Bankruptcy Law or Federal Law 9 of 2016 is under the directives of His Highness Sheikh Khalifa bin Zayed Al Nahyan, UAE President, and His Highness Sheikh Mohammad bin Rashid Al Maktoum, Vice President and Prime Minister of the UAE and Ruler of Dubai. For the first time, this new law gives a legal framework that’s covering a large scope; its main goal is to aid companies with a financial problem to avoid being liquidated or filing for bankruptcy. The law, which is influenced by some of the best insolvency and bankruptcy protection laws from a couple of administrations, including those in France, Germany, the Netherlands, and Japan, was drafted by the Ministry of Finance. In liquidation circumstances, it is looking to protect the rights of both creditors and debtors.

What was the Old UAE Bankruptcy Law?

It has been referred to before that the need to modernized and have a comprehensive bankruptcy law would be a helping hand to the business climate of the United Arab Emirates (UAE). Under the old law, businessmen would have to confront the huge possibility of spending time in jail or having sentences. Before the new law arrived, it had been an ongoing concern for people in the business world with regard to the change of the UAE Bankruptcy Law as they believed some changes were definitely needed. With the implementation of this new law, the old UAE Bankruptcy Law has been discarded as it didn’t really effectively cater to businessmen and investors.

How is the New Bankruptcy Law Different Now?

Several changes have been noticed in the new law as compared to the contents it used to have in the old one. In regards to this, the new law came with alterations that made people quite happy, and the key changes are as follows:

In exception of joint-stock companies and those that are already being liquidated, this composition allows a business to apply for a protective arrangement, avoiding bankruptcy. The debtor or the business must be able to show that they are active during the year that leads to the submission of the application. And they must be able to show that they have been able to comply with the provisions of law. This procedure is a debtor-led and a court-sponsored process that is meant to be of help in salvaging a business that is having financial problem, however not insolvent just yet. The requirements for this are the approvals of the unsecured creditors ( a majority in number or two-thirds by value), after court approval, an implementation must commence within three years, and to extend for another three years, and approval by a creditor must be present.

After there is a bankruptcy declaration, if the debtor is pronounced as insolvent but a judge sees that there can still be salvation for the business, a restructuring scheme may be approved. This is the same as the Protective Composition discussed right above, as the approval of the creditor is also necessary.

How Can the New Law be Helpful to Businessmen?

The declaration of this law has had people released a sigh of relief when it was finally approved and officially announced. This is because the businessmen in the UAE wouldn’t need to run from their debts, leaving the country, to avoid legal prosecution and jail time. In the old bankruptcy law, if it was 30 days from the date of payment suspension of the company’s debt and a company failed to petition for bankruptcy, it was considered as an offense. Potential criminal proceedings could happen then when a company didn’t submit an application for bankruptcy. In this new law, although it is needed for the company to apply for a bankruptcy after either finding out that they have balance sheet insolvent (wherein the debts of the company are greater than its assets) or they cannot pay their debts on the due date, it is now not considered as an offense. Additionally, the new law has stated that the company shareholders’ responsibility is to come to a decision on what they should do.A great hope is upon this law as it is expected to help the businesses that are suffering from their financial problem, helping them to restructure or liquidate. At the same time, a legislature that provides a great stability has been waited on by small- and medium-sized enterprises and it’s finally here. So, in this light, confidence is expected to be heightened when it comes to diving into the business industry, with an assurance brought by the new law.

Be More Perceptive About the New Law

It has been predicted before by legal experts that the new law will have a significant effect on the UAE’s business environment. With the help of the new bankruptcy law in the UAE, it is believed to have helped in improving the economy, giving the business confidence and providing investors assurance. Furthermore, businessmen with unpaid debts have been finding other alternatives because of the new law instead of escaping and leaving the country.There have been positive feedbacks regarding the new Insolvency Law in the UAE, and it is expected that in the coming years, more and more businesses will seek investments here and have more confidence because of the assurance they can see in this law.

To have a detailed idea with regard to the UAE Bankruptcy/Insolvency Law or any other business law matter in the UAE, please be in contact with Mr. Farahat, regulated auditor from a top audit firm in Dubai UAE, criminal lawyer and business liquidator based in Dubai, UAE