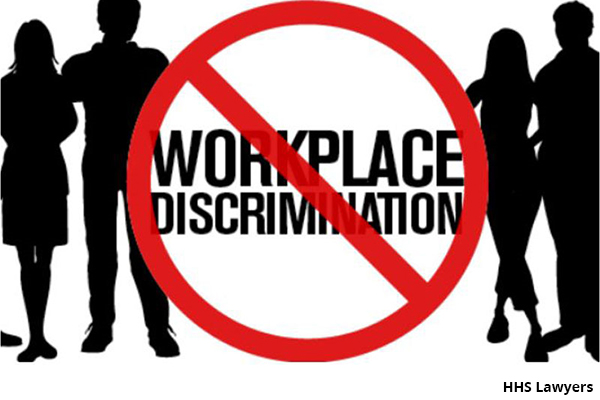 Bosses and firms can be jailed for 5 years!

Facing discrimination in the workplace? Still not doing anything about it? Here is something you need to know!

Discrimination is unhealthy and it can stop a good worker to work with their heart for the company. That is why the government in UAE has introduced a new law for those suffering from discrimination.

According to this law, you cannot just file a case against discrimination at your workplace but can also send the discriminatory parties to jail. So, anyone who will be charged for the discriminatory behaviour in the organization shall be fined up to Dh1m and in severe cases, will also have to serve a jail.

This is something that comes as a relief for workers facing discriminations at work. Such people should be very happy about it because now the employees would not have to face the serious discrimination issues at their workplaces.

Discrimination Can Be Damaging to The Organization

The leaders know it better because they grow others with their power and affection. A lot of people work in the UAE and probably many of them might be facing the issues regarding discrimination. Due to such reasons, the effectiveness of the company decreases because the deserving do not get what they deserve whereas those who do little or nothing, achieve the highest ranks. This needs to stop and to stop the discriminatory behaviour from happening in UAE, the government in UAE has introduced the law of discrimination.

What Are the Real Issues?

We might not know what is happening in the big organizations working in the market. How things work inside them is sometimes up to the mark but sometimes people fight the cold wars that they have no idea about. This cold war is sometimes due to the discrimination. A lot of employees do not get a promotion because of the discriminatory behaviour of the business firms in UAE. This may be due to the nationality of the employee or any other reason but it surely causes the damage. The damage it does is something that can affect the working of the company to a great extent. The companies need to understand the importance of keeping a healthy working environment for the employees or else they would have to face the discrimination charges in UAE.

The anti-discrimination law in UAE has got implemented and is ready to save the people suffering from any sort of discrimination at their workplace. So, if you are also facing any of the circumstances including hatred, report it as soon as possible.

Any act of excluding or restricting anyone from anything among a group of certain individuals because of religion, caste, sect, race etc. is considered to be discrimination.

If you or any of the people you know face the same as mentioned above, it will come under the category of discrimination. This offence is punishable with the jail terms of 5 years.  Also, the fine charged is in the range between Dh500,000 and Dh1 million.

The applicability of article 6 is extended to workplace discrimination.

Do Not Suffer When You Can Save Yourself by Your Own Hands!

A lot of people suffer because they do not have any idea about their rights. They keep on suffering from the hardships and do not take any actions against the discrimination. This is the reason why it is so important for working people to be educated regarding laws and orders.

Suffering from something you can get rid of is not right at all. Companies and their representatives can be considered liable if they get proven as the offenders regarding discrimination in the workplace. Know your laws and do not let anyone take away your rights from you. You need to have what you deserve. So, work for it and get what you deserve.

Where to get help from?

Get the help of the best legal consultants in UAE at HHS lawyers in Dubai and make the offenders pay for their actions. Discrimination at the workplace is real and can be very damaging to not just the effectivity of the company but also to the dignity and existence of the employee. Further the effects of discrimination harm society. The new law of anti-discrimination acts as a great measure for saving employees from acts of discrimination. HHS lawyers and legal consultants one the international law firms in Dubai know what you desire and will guide you through your path. They will represent you in front of the court of the law and will help you get what you deserve.

Home » Blog » Dubai Lawyers » Bosses and Firms in UAE Can Be Fined Up to Dh1m, Charged with Discrimination