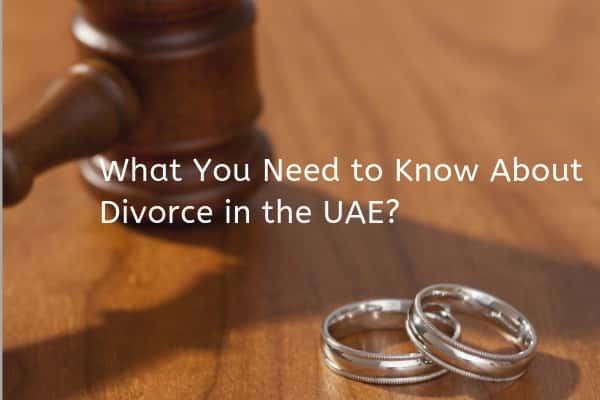 When people fail to save their relationships, they end up getting divorced. A lot of people who are in abusive or failed relationships go for divorce. One thing that should be known by everyone who is getting divorced is the real way of divorce proceedings. They take the help of family lawyers in Dubai which then help them in getting the divorce through legal processes.

Many of the expats are unaware of the real way of divorce proceedings in the UAE. Before getting divorced, there are a lot of things that should be considered.

If you do not carry out all the processes accordingly, there may arise different complications. Dubai Marriage Lawyers know the proper legal ways of marriage and divorce processes. That is why they are a better option to consider while getting married or divorced.

Expats have a choice when it comes to divorce

Shariah law is applicable for the Muslim expats whereas non-Muslims can follow their own religious laws. The non-Muslims would have to provide the legal version of their home country’s laws and they should be approved and translated by the Ministry of Justice as well.

Many expats prefer going through the court system of the UAE for divorce proceedings. They prefer the UAE divorce system more because it is comparatively faster and is economical as well. Going back to the home country and then following the legal divorce processes would be quite costly for the people. So, they prefer getting divorced in the UAE following the rules and regulations in the UAE.

A lot of expats in UAE get divorced through UAE procedures as they might have to go back to their home country and appear in front of the court. All of this would take quite a long time and must be expensive too. That is why the couples consider it better to get divorced here in UAE rather than traveling back to their home country.
you can get more information about family lawyers services from here: family lawyers in Dubai

5 Most Common Reasons For Divorce in UAE | How Expats Can File A Divorce In UAE?

Why Do People Get Divorced?

There can be a lot of reasons for getting divorced. Adultery, mental torture, physical torture, abuse and so much more can cause a couple to split their ways.

Not All Divorces Are Mutual Divorces!

It doesn’t happen every time that the couple gets split easily. Sometimes only one of the spouses asks for the divorce while the other one is unwilling. Getting divorced in such cases can be somewhat difficult and there is where the role of family lawyers in UAE arises. They know how to handle the cases in the best manner.

For the kind of divorce in which one of the parties is not ready for the divorce, the legal procedures are different than those in mutual divorce cases. That is why the people have to go through different legal processes if only one party is willing for divorce while the other one is reluctant.

In cases where there is any kind of blame game is included, the witnesses and evidence are needed. This may take some time and delay the case proceedings. Medical reports can be taken as evidence and if there are no such proofs present for both the man and the woman, two male witnesses would be needed. Note that if there is one male witness and one female witness, the female would be considered as half a witness. If the judge wants to consider the female one witness, he can do that too.

One of the main issues in getting separated is child custody. Most of the time, both of the parents strive to get custody of their children but the most deserving one gets to have the children.

Consult Lawyers and Know the Law

Expats can consult the divorce lawyers and family lawyers in Dubai for getting divorced and married. The divorce proceedings in some cases can be carried out in just some weeks (mutual cases). Expats need to know what their actual rights are so that they may follow the rules and regulations as per their choice. It is totally up to them what kind of divorce procedures do they choose for getting divorced.

If you have any queries regarding divorce, child custody, family law, or anything else, you can consult HHS lawyers and consultants best divorce lawyers Dubai, child custody lawyers Dubai, UAE. They are very well experiences about family law and know how to deal with such issues in remarkable ways. So, if you do not want any fuss in your divorce case, you may contact HHS lawyers and stay at ease.

Home » Blog » Divorce lawyers » What You Need to Know About Divorce in the UAE !