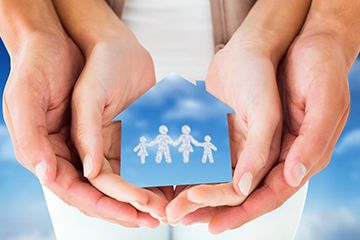 Getting Married in Dubai, UAE

Civil Marriage done by marriage lawyers is considered to be the only legal bond present between a man and a woman for the formation of family and having kids in UAE. Marriage is a legal contract thus protecting the rights of both the couple and the children.
Live-in relationships are therefore not allowed in UAE and are considered illegal.
Such relationships are completely prohibited for all residents and citizens no matter what their nationality or religion be.

General Requirements of Marriage In the UAE

Here are some of the important requirements that should be fulfilled before the marriage takes place;
• The bride’s approval to marry at her own will.
• Residence visa of at least one party in Dubai. In other emirates, both the bride as well as the groom should be UAE residents.
• Positive pre-marital screening certificate issued by the concerned healthcare authorities.

Interested to read: What Are the Requirements for Foreigners Get Married in Dubai?

To maintain a stable Emirati family and demographic structure, the UAE encourages UAE residents to marry UAE residents. UAE has established Marriage Fund which complements and integrates with the social policy set up by the founding president of UAE.
The basic purpose of the marriage fund is to strengthen the pillars of the social structure while developing it in all aspects. It will help the deserving Emiratis to get the marriage grants. Also, it will play a role in the organization of mass weddings and the provision of marriage counselling.

A couple who meets certain requirements become eligible for AED 70,000. The amount is paid in one installment and it is for those Emiratis who have lower income.
The requirements for obtaining the marriage fund includes;

Love to read: How to get married in Dubai – Complete Guide for Expats and Nationals

How Can You Get the Marriage Grant?

To get the marriage grant, Emiratis can apply through the ministry of community development website. In this way, you will be able to receive your marriage fund.
There are other services as well which you can get besides that of the marriage fund which includes;
• Finding a match for you.
• Majlis venues for wedding ceremonies.
• Community centers for wedding ceremonies.
• Premarital counseling.
• Post-marital counselling.

Both expats and UAE nationals can marry in UAE. For the Islamic marriages, Sharia law is used and it is applied without taking into consideration the nationality of the Muslim couple.
For Sharia marriage;
• Both the man and the woman should be Muslim.
• If the groom is Muslim then the bride can be ‘Ahl Al-Kitaab’, that means “People of the (Holy) book”. The followers of religions who believe in the Quran, the Bible, and the Torah are considered “Ahl Al-Kitab”.

Some Legal Requirements for Muslim Marriages

The most important requirements for a Muslim marriage to take place are as follows;
• The Muslim marriage contract should be registered in the Shariah court.
• If the legal age of 18 years is not satisfied, the judge’s approval is needed for the marriage.
• The age of a spouse should not be double than that of the other. Judge’s approval needed for exceptions.
• Pre-marital screening certificate.
• Attendance of couple.
• Presence of the bride’s father.
• Guardian’s consent for the women and if the guardian is not alive or present, any close male guardian or kin is required.
• Status proof of the divorced or widowed women.
• No objection certificate if the Muslim bride’s father is non-Muslim.

If any of the parties is suffering from any major disease or any inherited blood disease, the marriage application will be denied. Furthermore, if any of the parties are suffering from any inheritable disease, their marriage application will be denied.
Marriage in Dubai may seem a little complicated but all of these are really important things. These little things may help you avoid harmful diseases which may get transferred to your children. Know what UAE laws state for getting married to avoid any sort of inconsequence that may make your relationship with your spouse complicated in one way or the other.

If you are new in Dubai or UAE and does not have a proper idea about the legal requirements to get married in here, then hire the legal consultants. HHS lawyers in Dubai from top law firms in Dubai will guide you through the path while omitting all the legal hurdles.