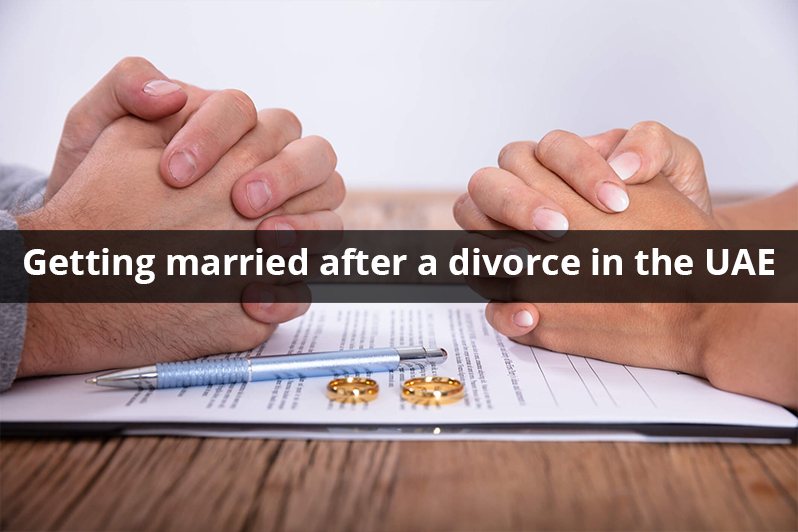 As thousands of divorces occur within the UAE there are many instances where the divorcees end up getting remarried. As the law requires, the divorce process has to be followed to the letter. And for those who have no idea of how the process works. You can always find a professional lawyer to help you through. The advantage of having a divorce lawyer help is that they are more conversant with this law and can help you avoid problems especially if property or inheritance is at stake.

Getting Remarried for Women after Divorce in the UAE

The majority of residence In the UAE are Muslims. According to their laws, a woman is allowed to remarry after three months, also known as Iddat. However, according to marital rules, this period can be longer in some cases. For example, if a woman gets divorced and is pregnant. She will have to wait until she delivers the baby before getting remarried legally. Additionally, if the current husband dies even after divorce the ex-wife still has to wait. In such a situation, the waiting period is extended to four months and ten days plus from the time when the husband died.

Read more: Getting Divorced? 5 Tips on Breaking the News to Your Child

Getting Remarried for men after divorce in the UAE

According to Islamic laws, a man does not have to wait for three months (Iddat) to remarry. However, there are some circumstances where a man has to wait for Idaat. One of them is when he wants to marry from the same family as the currently divorced wife. That is because Islamic laws do not allow men to marry two sisters from the same family at the same time. Another circumstance where the man will have to wait for three months before getting remarried is to divorce his fourth wife. According to Islamic laws, a man is not allowed to have more than four wives at the same time.

Remarrying after Divorce with children in the UAE

If Islamic couples get divorced after baring children, both are given a responsibility by the Sharia court. The father is supposed to provide financial support while the mother, who usually is awarded custody, provides daily care for the child / children. Because the court will always rule in the children’s interest. This law applies to both parties even if they get into another marriage after divorce. There are some situations where the children’s father does not wish to have other children in their second marriage or would want to get custody. According to Islamic laws, a father can file for custody claims if the children are 11 for male children and 13 for females.

You should know how to: Analyzing the Most Common Causes of Divorce

The sharia law always tries to be fair when handling divorce cases especially if there is property involved. When a couple owns a joint investment that is legally recognized. It is good to know that the agreement becomes ineffective. Your lawyer has to draft a new contract to indicate that the two are business partners and no longer own the venture as a couple. It is essential to know that if either of the divorced couples gets remarried to partners who also have children, the stepchildren are not entitled to any portion of the inheritance. Any kind of joint ownership of property or investment will not be recognized if it is not legally documented.

Sharia law is stringent when it comes to marriage and divorce cases. It is known that the UAE one of the most challenging places to solve divorce and marriage cases. Since their law majors in Islamic marriage laws.

It is always advisable to ensure that you find a good divorce and divorce counsellor. When dealing with a divorce case if you intend to get into another marriage. HHS lawyers in Dubai we can help with all the above proceedings and more. Feel free to contact us for an initial consultation.