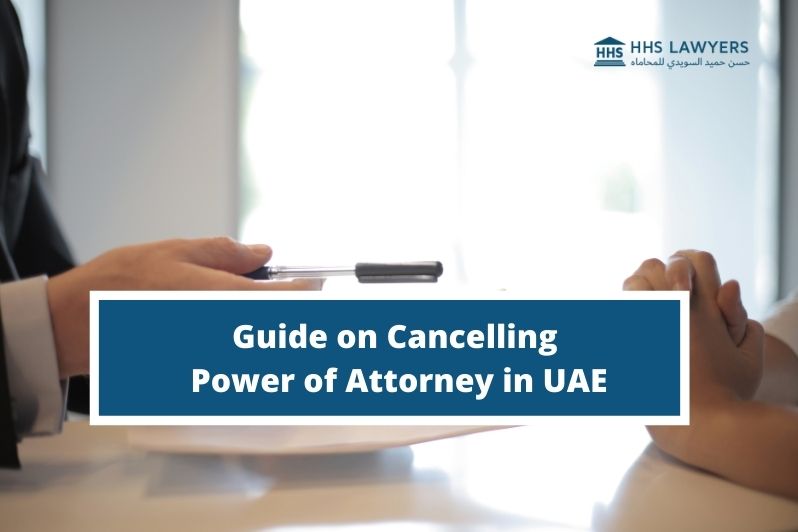 With a power of attorney (POA), you are allowed anytime to make changes regarding whether you wish to act for you for healthcare or medical, business, legal or personal matters. A power of attorney in Dubai can be revoked or cancelled together with the authority that was previously granted to a specific person. Similar to the ability of a principal to create POAs, a principal also has the right in revoking powers extended to different individuals or entities.

The official document to revoke, cancel or end a POA should contain the following:

Elements of a POA Cancellation Document

In order to cancel a POA, the principal first needs to create a document called a POA revocation letter. The document will identify essential elements, such as the following:

As soon as the principal and public notary sign the legal document, an agent will no longer- be able to have authority in acting on the behalf of the principal. It is advised to notify relevant individuals and organizations who have maintained a record of a POA. They are to know the changes enforced and also retain a copy.

How to Cancel A Power of Attorney in Dubai

Why Cancel a POA in Dubai

There are a lot of reasons as to why you might want to withdraw or cancel the authority that you gave to another person or entity. You may find the need to end a POA if:

Remember that medical POAs in Dubai allow you in naming another person in making medical decisions for you when you become incapacitated. Older adults can be prone to being exploited financially by an agent named in a power of attorney. Fortunately, a POA can be cancelled or revoked in order to undo the appointment of an agent. This will also prevent abuse of the elderly. Always make sure you have a trustworthy agent when you are making a power of attorney.

What Happens When a POA in Dubai is not Revoked

If you don’t revoke or cancel a power of attorney in Dubai, the wrong person can have the legal power in acting on the behalf of the principal which is you. This is not good, especially when your POA assigns the agent authority in handling business and financial decisions.

By creating a POA cancellation with the help of lawyers and legal consultants in UAE, you can prevent suffering any of the following:

In order to cancel a power of attorney in Dubai or anywhere in the UAE, you need help from lawyers. A legal team will draft the deed of POA revocation for you. The revocation of the POA can also be published in a national newspaper in order to inform all concerned parties.