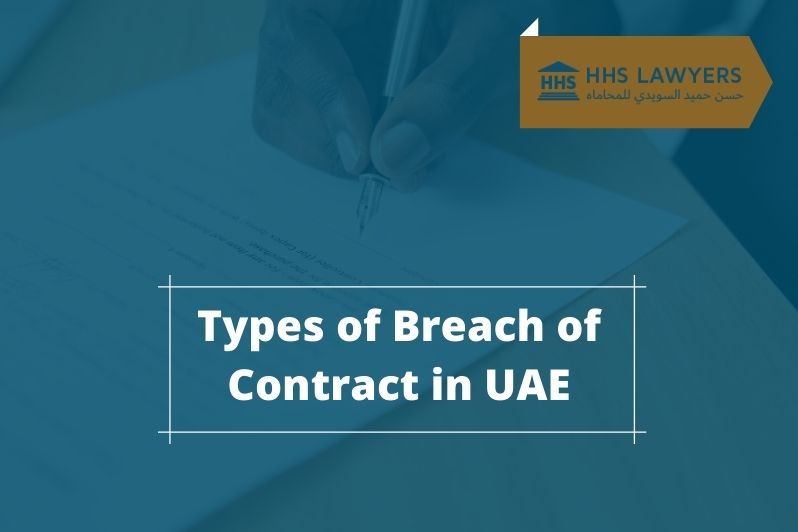 When you have a contract with clients, both parties have protection. However, when a client tries to not honor the agreement that you both have, what should you do? There’s a couple of questions you may have when you experience a breach of contract with a client. Here are some of the common ones:

What are the types of Breach of Contract in the UAE?

There are different kinds of contract breach. They are considered a breach when there is a violation in the contractual obligation of a party without an excusable reason.

Despite some variation with the agreement, minor breaches occur when a party receives what’s agreed in the agreement. With a minor breach, a non-breaching party still has to perform its obligations legally. An example is when you forgot to give the shopping list together with the exercise and meal plan which you have already agreed upon.

How will the Court Decide if a Breach is Minor or Material?

When you sue a client or a client sues you for breach of contract in UAE, the local court will be deciding the type of breach that occurred based on several different factors.

They are as follows:

A Property Dispute in Dubai For Breach of Contract

Will a Court Ruling be Required for All Breach of Contract?

It can be in the best interests of parties involved to settle things without the involvement of the local courts. More often than not, a breach of contract in UAE can be settled with the help of mediators or arbitrators. A breach of contract in UAE has the possibility of merely being a misunderstanding. Professional communication with the aid of seasoned lawyers and legal consultants in UAE can quickly diffuse a situation.