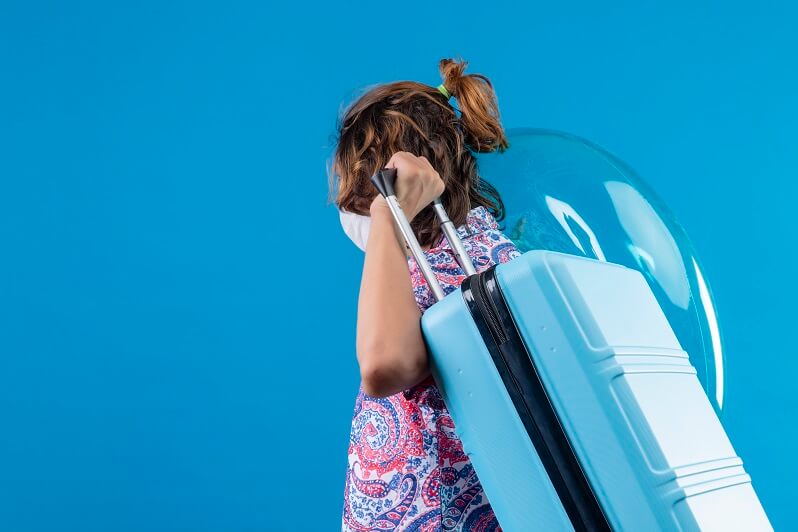 A travel ban is a directive from the authorities to all state ports prohibiting a person from entering or departing a nation following a court or police order to protect individual interests in circumstances like Child Custody (child’s travel ban). If the reason(s) for the ban has not been resolved, the travel ban prevents the individual from leaving the country and results in their arrest upon entry. A father has the authority to ask for a travel ban on his kids under UAE Personal Status Law, barring the mother from moving them outside of the nation.

In light of a recent decision rendered by the Dubai Court of Appeal, this article examines this right to determine if it is unalienable or whether some conditions must be met before a travel restriction may be issued.

The fosterer may not travel with the fostered child outside the State except with the written approval of his tutor. Should the tutor refuse to give his consent, the matter shall be submitted to the judge.

According to Article 149 of the Personal Status Law (the ‘Law’), the custodian (mother) is not allowed to go abroad with the kid without the guardian’s prior agreement. It is the legal foundation for the travel ban. Under Article 157 of the law, the father also asked to be given the kid’s travel papers since he is the child’s guardian and is responsible for their protection. Because it would allow him to exercise his rights as the kid’s guardian and prevent the mother from physically leaving the UAE with their child without his prior approval, the father won the travel ban and a court order requiring him to keep the child’s passport.

You may want to know: How can a father get full custody of his child in the UAE?

The case before the Court of First Instance

The reasoning of the Judgement:

In its reasoning, the court of First Instance reaffirmed that, notwithstanding Articles 149 and 157 of the Law, the father’s right to ask for a child’s travel ban and keep the child’s travel papers is not qualified. Indeed, it was further explained that these rights were enshrined in the law to safeguard the father’s guardianship rights in situations where:

Since the father, in this instance, did not live in the UAE, where the kid is, he could not give the child the direct care he needed. As a result, these rights and obligations were not being carried out by the father. Therefore, allowing the mother to keep the travel papers and take the child in her exclusive custody on trips is in the child’s best interests.

Appeal before Court of Appeal

The court of Appeals upheld the Judgement of the Court of First Instance and rejected the Appeal raised by the father. The father contested this ruling before the Appeal Court, relying on his original allegations. The Court of First Instance added that the mother had the right to travel freely with the child under the terms of the divorce settlement agreement and that she should keep the travel documents with her. The court further explained that since the father resided and worked in a distant country from where the kid lives, the guardianship powers conferred by Articles 149 and 157 of the Law were not present in the current situation.

Under Article 178 of the Law, the father is responsible for everything about the minor’s person, including his supervision, protection, education, teaching, orientation, and correct upbringing; this includes approval of his marriage. The court ultimately strives to preserve the child’s best interests while applying the legislation within the mentioned Article of the law. The father’s ability to prevent his children from travelling and keep their passports or other official papers is conditional upon the father exercising and carrying out his guardianship obligations for his children.