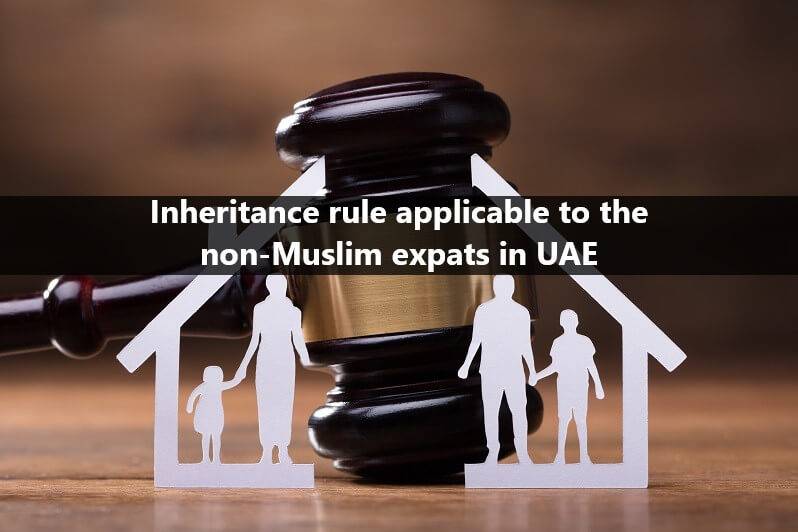 The government of the United Arab Emirates has made several groundbreaking modifications to Islamic personal law in recent years, supporting diversity and progressivism. The most recent reforms enable expats to utilize their home country’s law for inheritance concerns, but if a will is present, the provisions contained in the Will are followed. It is a significant departure from earlier regulations requiring Islamic sharia law regarding inheritance when a person dies intestate. However, the deceased’s personal law will apply under the new revisions in certain situations.

What has changed under the New Sharia Law of Inheritance? – Position in Dubai

However, when a Will relates to the sale of real estate in the United Arab Emirates, Article 17 (5) stipulates that UAE law “shall apply to Wills written by foreigners disposing of their real property situated in the state.” It is subject to an arguable exemption in the event of freehold property; at the moment, the Dubai Courts, at least, are considering freehold property as an exception so that it may be bequeathed under the Will of a non-Muslim expatriate.

Furthermore, Article 1(2) of the Law of Personal Status permits non-Muslim expats having assets in the UAE to draft a Will governed by the laws of their home country rather than Sharia-based norms to control inheritance to their UAE estate. However, the Will must be proven in a formal legal manner before the Inheritance Court, a procedure that may be substantially accelerated if the expatriate has already had the Will translated into Arabic and notarized in the UAE. Only properties held by a person in the UAE are exempt from this rule. According to UAE legislation, these properties will be handled and split.

You may want to know: What happens to an expatriate’s bank account if he or she dies unexpectedly in the UAE and does not leave a will?

Inheritance Distribution of an Expat- Position in Abu Dhabi

A Will is a declaration completed by the foreigner about his intent to dispose of his assets or a portion thereof, upon his death, as per the requirements of the Personal Law. While signing the marriage contract, the spouses may fill out the Form of Registration of Non-Muslim Wills to specify how the monies will be distributed if one spouse dies.

Article 11 of Law No. (14) Of 2021 Concerning the Personal Status for Non-Muslim Foreigners in the Emirate of Abu Dhabi deals with the Inheritance Distribution of an expats. It states as follows:

The Foreign testator has the legal right to leave a Will to whoever they like for all of their assets in the UAE.

If there is no Will, half of the inheritance goes to the husband or wife, and the other half is divided equally among the children, with no distinction between men and females.

In the emirate of Abu Dhabi, however, the stages are different, particularly in the application of the recently enacted order. Expats often encounter additional challenges when executing a Will, mainly when the beneficiaries are not UAE citizens. In such cases, it is preferable to hire inheritance attorneys who will handle both the inheritance and execution of the deceased’s estate. It’s also essential to get legal guidance early on in making a will to verify its legality and conformity with UAE legislation and ensure that expats have the correct choice of law.

The new amendments have revised the Islamic norms and updated various family and personal law parts, including inheritance issues, to keep up with changing circumstances. The reforms attempt to strike a careful balance between honoring the UAE’s past and tradition while also establishing a contemporary society with laws that reflect the UAE’s many responsibilities.

The purpose of this article is to provide an overview of the subject. This article was produced with great care to ensure correctness. Because individual circumstances may vary, it is not meant to give legal advice or predict a specific conclusion. Readers considering legal action should seek legal advice from an experienced attorney to learn about current laws and how they may apply to their case.

Don’t hesitate to contact HHS Lawyers in Dubai if you require any legal assistance on the subject presented or related issues.