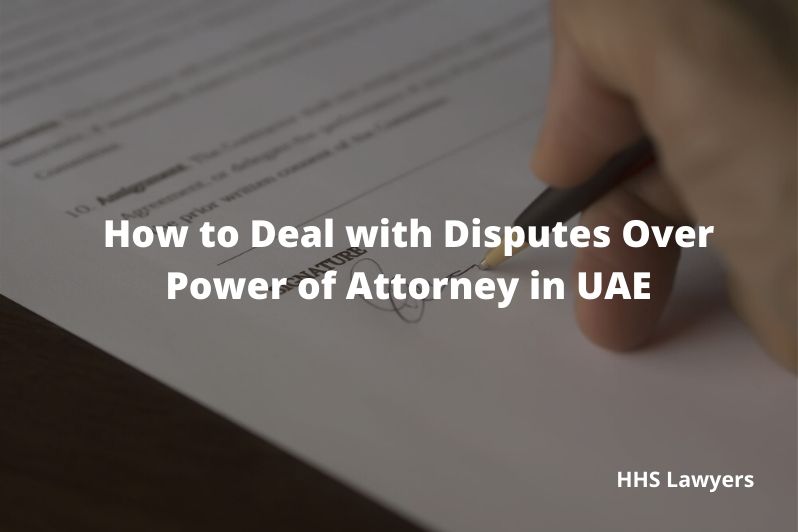 A POA or power of attorney is an important legal document for estate planning; however, when two agents are named in the legal document, there’s a potential for disputes between the agents. Regardless of which side is correct or which side you’re on, it’s necessary to know all of your rights and restrictions/limitations.

A POA, as you may know very well already, allows a person in appointing another individual, referred to as the agent, in acting in his or her place. The person that is giving the authorization or power is referred to as the principal. When the principal becomes incapacitated, that is when an agent can act or perform the duties that are stated in the power of attorney in UAE. There are two kinds of power of attorney namely medical and financial. A financial power of attorney is made to allow an agent the capacity in opening bank accounts, trading stock, cashing checks, paying bills, and withdrawing funds from the bank accounts of the principal on his or her behalf. The financial POA can also provide rights to the agent in providing gifts.

As for a medical POA in UAE, it provides an agent power in making medical-related decisions that have an impact on the principal. For this kind of POA in UAE, the agent will have to be acting ONLY in the interests of the POA principal. A power of attorney always contains an explanation of all the duties that an agent is bound by.

When a principal name only a single agent in the power of attorney, this can cause distrust and bad feelings to other family members especially in the case of siblings. If you’re dealing with another person who has also been named as the agent under the same power of attorney in UAE or you’re the only one that was named as the POA over other family members or any other person, then keep the following in mind:

If you are considering of power of attorney drafting in UAE and you want to prevent potential conflicts from happening, you will be glad to know that you have a lot of options. With the help of experts on POA drafting in Dubai, you will be able to name two or more persons as your agents. You may, however, have to be very careful as to how the legal document is worded as it may also cause even more problems. A great way of naming co-agents is letting the agents have separate responsibilities. You can also steer clear from having family members as the agent and naming a professional fiduciary instead.

In order for you to determine the perfect way you can implement a power of attorney and for your wishes to be granted using the legal document, consult with HHS Lawyers today!