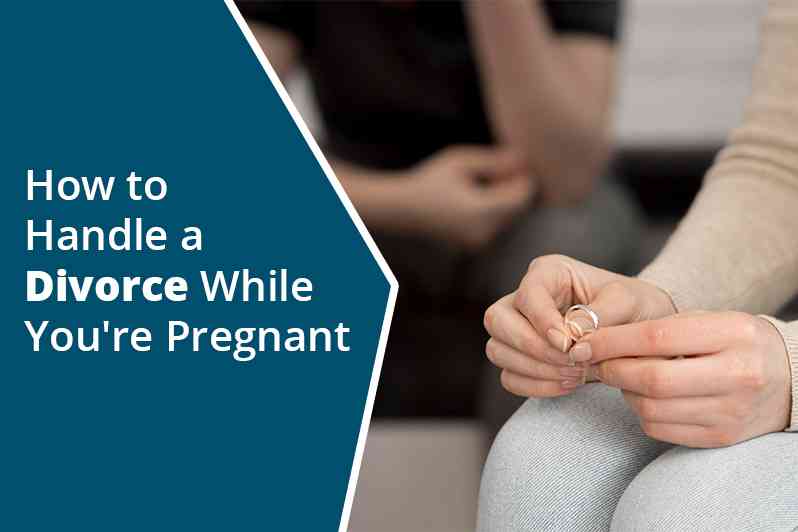 The most confusing kind of divorce arises where pregnancy is involved. Unlike an already born child whose custody can be awarded to either the father or mother, pregnancies are different. In the UAE, there are many divorces involving pregnancies and all have been handled on a case by case basis. Being an Islamic state, Sharia laws apply for such divorces unless you are an expat and wish to implement the laws of your country (which is possible.)

According to Islamic laws, a pregnant woman can get a divorce. However, she will not be fully divorced until the child is delivered as the baby was conceived during a legal marriage. In this situation, until the baby is born the mother cannot re-marry until 180 days after the child is born. So, to be clear, she is given a revocable divorce before delivery and thereafter receives an irrevocable divorce 180 days after delivery.

Also Read: Analyzing the Most Common Causes of Divorce

One of the most important things that couples must do before deciding to get a divorce is to try and work things out. Nevertheless, women can become disoriented during pregnancies and may act differently due to the hormonal imbalance that comes with pregnancy. If the reason for divorce is genuine, and there is enough proof, the first step is to get a good lawyer.

With the help of a good lawyer you can always avoid uncertainties. If the woman is seeking a divorce, it will be impossible for her to win the case unless she can provide the judge with hard evidence backed up with solid reasons.

As Muslim men can marry non-Muslim women a lot these women tend to relocate to the UAE to settle and start a family. Some are successful, while others are not lucky and may have to travel back to their home countries after a divorce. If that is the case and the woman is pregnant, the man can deny the woman a chance to travel back home until the baby is delivered. However, it will be the responsibility of the man to provide accommodation for the woman.

Note that, even after the child is born, she can be banned from leaving the country with the child if the father pushes the issue in court. That means the mother can be accused and charged for abduction if she leaves the country without the father’s consent. It is for reasons such as these expats need to be quick finding capable lawyers in Dubai UAE to help them with divorce cases that involve children or pregnancy.

You may want to know: Getting Married after a Divorce in the UAE

The divorce process in the UAE

Like any other country, divorce cases in the UAE have both sides being heard before the judge makes the final ruling be it Sharia Law or the Legal laws of the UAE. It is good to note that only the man is allowed to divorce or Talaq his wife verbally, according to Islam. It is a lot harder for a woman to file for divorce and win the case successfully. The same goes for getting custody of the children who are over the age of 18.

Even if the woman goes through court, the husband has to give her his consent to fulfil the Sharia law that the woman can be remarried. There are, however, other customary Muslim laws that can divorce a man and a woman without the consent of the man. Some of them require the woman to compensate the man with gifts or money for the divorce. They however have one thing in common which is, the woman seeking divorce must produce as much solid evidence as she can or the judge can easily dismiss the case in favor of the man.

How Divorce Lawyers in Dubai can help you

At HHS Lawyers and legal Consultants we are well aware that about 80% of people in the UAE are expats and that divorce cases involving expats can be complicated. With decades of experience we are more than capable of dealing with all the elements of Sharia law that are going to be imposed so that you don’t have to.

Should you wish to take it further contact us today to book a consultation.