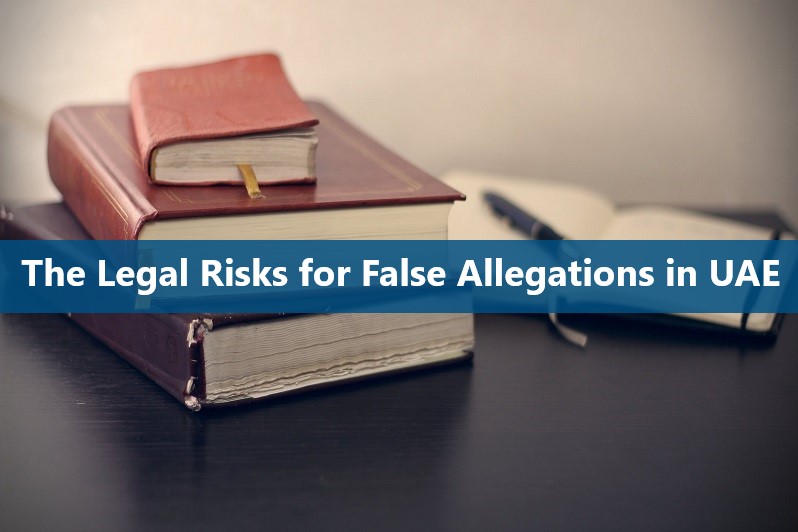 Under Article 20 of the UAE Cyber Crime Law, anyone who insults another person or entity or attributed another to experience contempt or punishment by the public due to some false accusations through online platforms will be prosecuted. Punishment for false accusations includes a fine of at least Dhs 250,000 and a maximum of Dhs 500,000 and/or imprisonment.

It is important to remember that any commentary posted, either anonymously or not, can lead to a criminal charge for defamation. We’ve already seen it firsthand – the sheer amount of defamation cases filed against those living in UAE, with majority with social media context.

One of the most recent cases that are heavily publicized involves a woman who was convicted of insulting a family member via WhatsApp. Another case has resulted in four different people being imprisoned due to exchanging defamatory statements on Twitter.

There are two different types of defamation offences that are set out In Article 372 and Article 373 of UAE Penal Code. The Article 372, in particular, deals with publicity that exposes a victim onto public contempt or hatred. Article 373, on the other hand, deals with falsely accusing a person or entity which results in disgrace or dishonor of the victim from the public eye.

In order for a criminal complaint related to defamation becomes successful, the complainant has to prove the following:

The absence of even one element can undermine merits of a defamation complaint.

Dubai Court of Cassation holds defamatory statements to be likely to make defamed persons or entities subject to humiliation or punishment amongst their peers or community. The Court, in a recent decision, held that the mere criticism of a person or entity can be regarded as insulting or defamatory. This is if it exceeds normal limits or has negatively affects a defamed party’s honor.

If defamatory was done orally or in person and the accused is found guilty as per the Penal Code, the convicted person will face up to 2 years in prison and/or a fine of a maximum of Dhs 20,000. If a statement is made towards a public officer, then it will be seen by the courts as an aggravating circumstance. This will increase the punishment’s severity even further.

Statements that insult the honor and/or family of a person will also be subjected to penalties which will be more severe. This is also a different crime of its own. This means it carries its own penalties.

You may want to know: Insult and Slander in UAE: What You Should Know

How Employers Should Handle False Accusations in the Workplace

Here are the recommended ways for employers to handle defamation in the workplace:

If you are an employer in UAE, you are encouraged to ensure staff members have an avenue for them to raise their concerns. However, it will be very wise for you to warn them regarding the disciplinary action involved. The disciplinary action will be the most probable outcome for anyone who makes false accusations against a person or entity at the workplace.

You must know: UAE Cyber Crime: 11 Online Activities That Could Land You In Prison

When it comes to the use of social media or any online platform, employers in UAE should make sure they understand their employees engage online. Should an employee be charged with a defamation complaint, even when the issue isn’t during the person’s employment or connected directly to the brand and name of the employer, the employer will be involved. This is because the employer sponsors the individual in living and working in the UAE.

When investigations take place, the Police will also require access to the office computers. UAE Cyber Crime Law provides the authority for the local authorities to seize devices that were used in committing cyber crime.  The local authorities can also temporarily or permanently close an offending website as per the discretion of the Court. If the Court sees fit, defamatory statements may also be permanently deleted online.

Where a particular employee’s opinion is given on behalf of an employer, a criminal complaint can be made against an employer or the manager of the employee for the defamatory material.

For more information, call us here in HHS Lawyers today!